Rangers look to extend win streak against Columbus; Buchnevich back on the second line 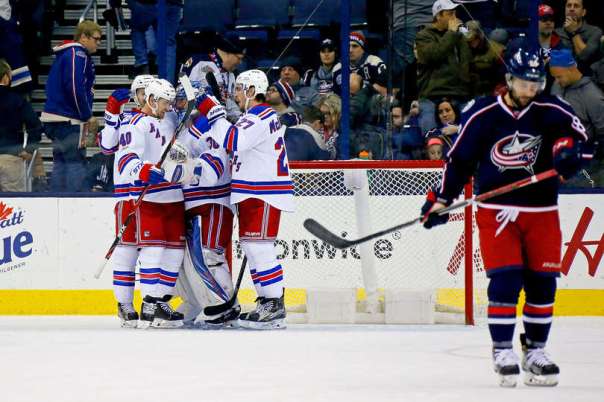 END_OF_DOCUMENT_TOKEN_TO_BE_REPLACED

Rangers “Klein” aboard the Henrik Express to bury the Av’s 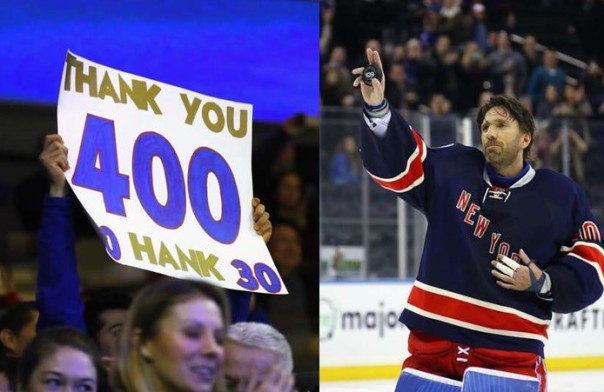 Thanks to a pair of rockets launched by Kevin “Optimus” Klein and a stellar, 32-save performance from goaltender Henrik Lundqvist, the Rangers defeated the Colorado Avalanche at Madison Square Garden Saturday night, 4-2. The win was the Rangers’ 4th straight at MSG, 5th in a row overall and by backstopping his team to victory, King Henrik reached the 400 NHL wins mark during in his illustrious, 12-year career on Broadway. Even more impressive is that it only took Hank 727 games to record those 400 wins, making him the fastest to ever reach that milestone in league history. Faster than the likes of HHOFer Martin Brodeur (735), 3-time Cup champ Chris Osgood (742), 7-time Vezina winner Jacques Plante (753) and 3-time Conn Smythe winner Patrick Roy (753.) In addition, Henrik is just the 3rd goaltender to ever record 400 wins with one team, Brodeur (NJD) and Tony Esposito (CBH) being the others. END_OF_DOCUMENT_TOKEN_TO_BE_REPLACED

Rangers go for the homestand sweep against the Avalanche; Lundqvist in search of 400th win 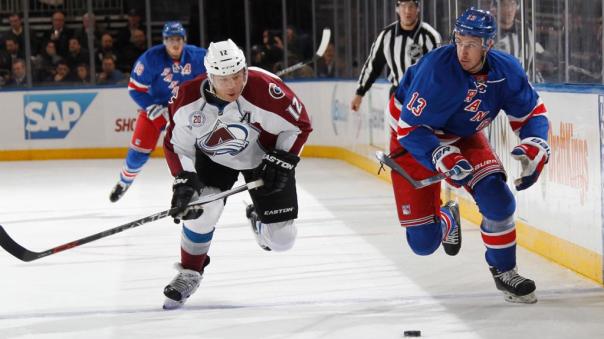 END_OF_DOCUMENT_TOKEN_TO_BE_REPLACED

JT Miller has played his way into untouchable status 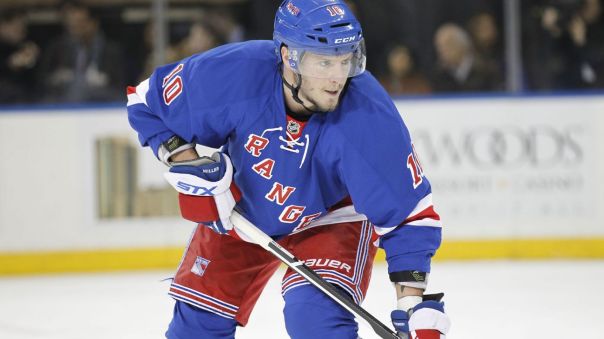 The Rangers have been fortunate to have quite a few talented young players blossoming at the NHL level recently. Kevin Hayes is emerging as a top six quality center, racking up primary points and playing a much better two-way game. Chris Kreider set a new career high in goals and is emerging as a fantastic power forward. And Brady Skjei is far outperforming offensive expectations while playing a very solid defensive game.

But JT Miller’s steady development and consistency over the last three seasons has been the most exciting, and he might be evolving into a franchise player.

Miller, 23, has played parts of five seasons with the Rangers and has improved in each and every one of them. In the 2012-13 season under John Tortorella, Miller was largely a fourth line player, not earning the trust of the former head coach and tallying four points (2-2-4) in 26 games. It was much of the same in Alain Vigneault’s first season as well, recording six points (3-3-6) in 30 games and playing just four playoff games in the team’s run to the Stanley Cup Finals. END_OF_DOCUMENT_TOKEN_TO_BE_REPLACED 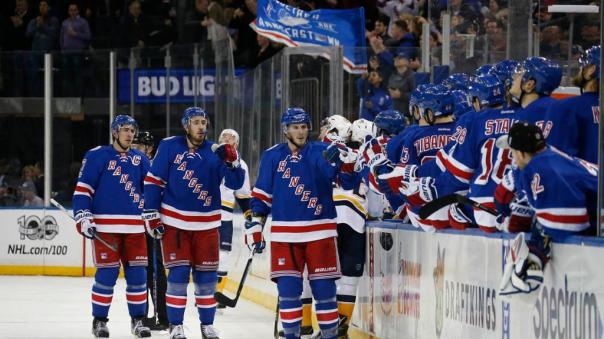