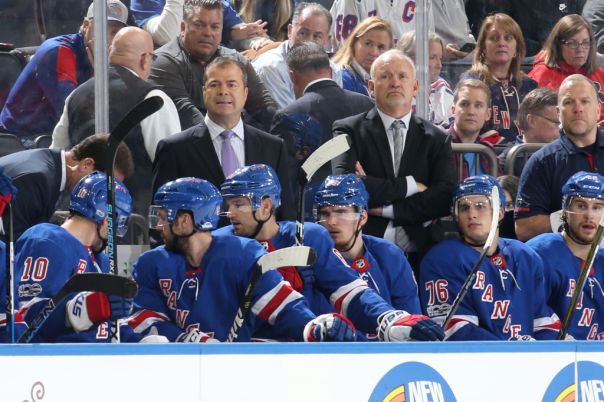 Following a loss to the Canadiens in which the Rangers (3-7-2) were thoroughly outplayed and saw their comeback, the Blueshirts look to rebound on a brief stop at home to play the Vegas Golden Knights (8-2-0) for the first time ever.

This has sparked trade rumors, articles from beat reporters about tonight potentially being Alain Vigneault’s last game as head coach of the Rangers if things go wrong, and more following the game, especially if the result and the team’s play is similar to their last game against Montreal.

Last night also saw some of the Rangers highest members of their management attend the Ottawa-Canadiens game, including president Glen Sather and assistant general manager Jim Schoenfeld. It’s very rare for a team to send people as senior staff like them to one game, so something big might be in the works. END_OF_DOCUMENT_TOKEN_TO_BE_REPLACED

Glass: Half Full or Half Empty? Rangers begin road trip against Tampa Bay

Welp, the stick finally hit the proverbial (Ranger) fan as Coach Alain Vigneault and GM Jeff Gorton apparently had enough of their own lip service as well as that spewing from their players ad nauseum. That’s right. None other than discussion-lightning-rod and AHL-banished forward Tanner Glass was recalled from the Hartford Wolfpack yesterday, along with defenseman Steve Kampfer.

Now, say what you want about Glass – and virtually everyone in Rangerland has – the current state of affairs for this team with only a month left to go in the regular season and the trade deadline in the rearview mirror is indisputable:

1) The team’s forte, its scoring prowess, has all but disappeared, case in point they’ve scored fewer than 2 goals per game over the last 9 while only playing wildcard worthy, .500 hockey. END_OF_DOCUMENT_TOKEN_TO_BE_REPLACED

Posted in Game Previews, In the Crease

Rangers look to extend win streak against Columbus; Buchnevich back on the second line

END_OF_DOCUMENT_TOKEN_TO_BE_REPLACED

Rangers go for the homestand sweep against the Avalanche; Lundqvist in search of 400th win

END_OF_DOCUMENT_TOKEN_TO_BE_REPLACED

Rangers aim for fourth straight win against the Predators 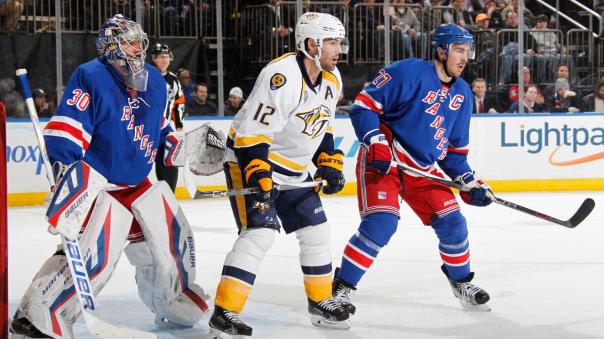