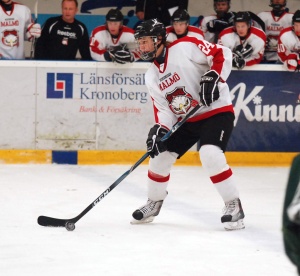 Rangers prospect Calle Andersson will make the move to North America for the 2014-15 season. Photo courtesy of Elite Prospects.

The Rangers draft pick Calle Andersson will make the move from his club in the Swiss League, HC Lugano, and make the move to North American hockey, as confirmed by the team’s website.

Andesson, who recently ruined 21 this past May, is the son of former Rangers defenseman Peter Andersson. He’s coming off a fantastic season with Lugano as one of their youngest defensemen, totaling 17 points (5-12-17) in 30 games, and adding another three in six playoff games. END_OF_DOCUMENT_TOKEN_TO_BE_REPLACED

Quick Hits: My thoughts after the Derek Stepan signing 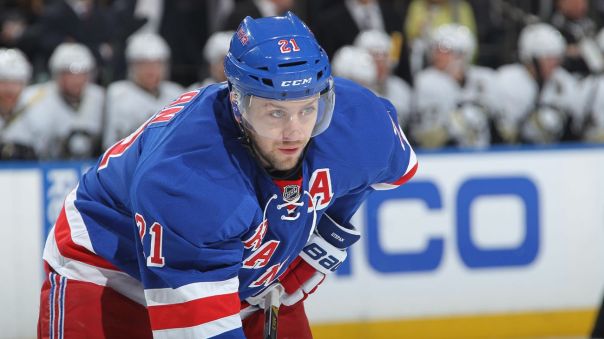 Yesterday, we saw Derek Stepan finally re-sign with the Rangers, opting to stay in New York for the next six years. The deal will pay him an average of $6.5 million until he turns 31, which means that he will be an integral part of the Rangers for years to come.

Of course, with every signing or update, I usually have some thoughts and opinions on things. This is a new “series” of articles I will be doing, usually shorter in length, where I’ll discuss my thoughts on the Rangers and what is going on around the league.

If you guys like this type of article, leave feedback in the comments section here, on Twitter (@The_RangerZone), or on The Ranger Zone Facebook page. END_OF_DOCUMENT_TOKEN_TO_BE_REPLACED 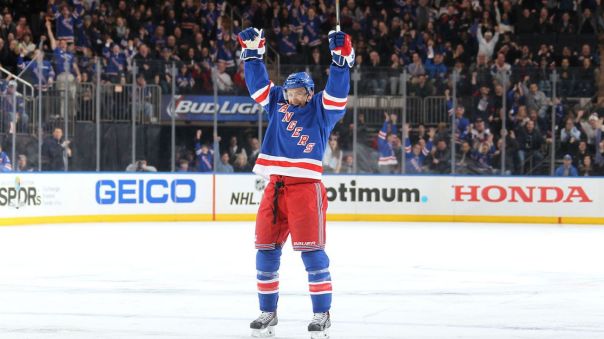 This guy is going to be a Ranger for the next six years. Photo courtesy of MSG Photos.

The last domino has fallen into place and Jeff Gorton can check everything off of his to-do list.

Early this morning, around 9:30 am, The New York Rangers and Jeff Gorton announced that the Rangers had agreed to terms with Derek Stepan on a new long term contract.

The deal was six years in length for $39 million, averaging out to a cap hit of $6.5 million a year. Stepan, just 25 years old, will be a New York Ranger until the age of 31, when he will hit the market as an unrestricted free agent.

“Both sides were pretty close to begin with,” said Stepan. “I think both sides are very happy and comfortable with the deal. The whole time, we (both sides) were trying to get a long term deal done. There’s nothing but exciting things to come for us moving forward, it’s a special feeling to be a part of it. We have an exciting group of guys and a group of guys that are ready to take the next step. I can’t be more excited to be a part of a team that I absolutely love!” END_OF_DOCUMENT_TOKEN_TO_BE_REPLACED 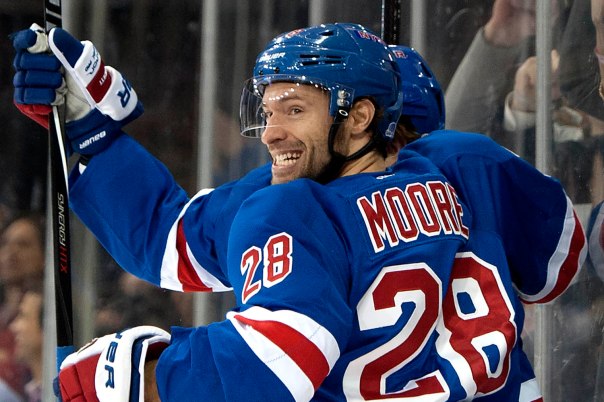 This past Thursday, Dominic Moore hosted his fourth annual Smashfest IV, a ping pong tournament with current and former NHL stars, including some Rangers players, to raise money for charity, including research into concussions and rare cancers.

Many people know that teams will kick around a soccer ball as a warmup before a game, but what most people don’t know is that many locker rooms have ping pong tables for the players. This inspired Moore to create a charity tournament to benefit the Katie Moore and Steve Moore Foundations. END_OF_DOCUMENT_TOKEN_TO_BE_REPLACED

What Metropolitan teams will challenge the Rangers in 2015-16 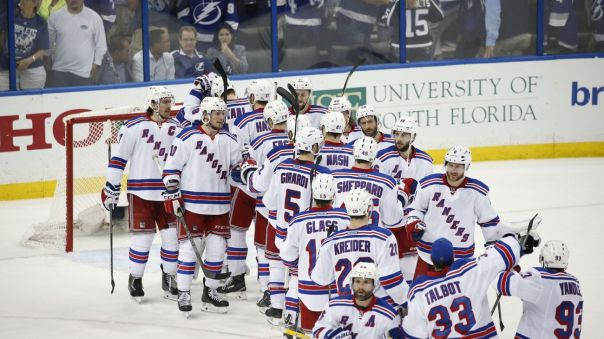 The Rangers look to be a top team in the East yet again, but which teams will rival them in their own division? Photo courtesy of MSG Photos.

That trend continued this year, with the team making it all the way to the Conference Finals yet again, falling in seven games to the Tampa Bay Lightning, and just missing out on a second straight Stanley Cup Finals appearance.

Alain Vigneault and his squad appear to be in good shape again for another run at a Stanley Cup Championship, keeping the majority of their core intact, and bringing in some nice pieces through trades and free agency. Some work remains to be done, like re-signing Derek Stepan, but for most part, this team is in good shape.