A look to the past: Camille Henry 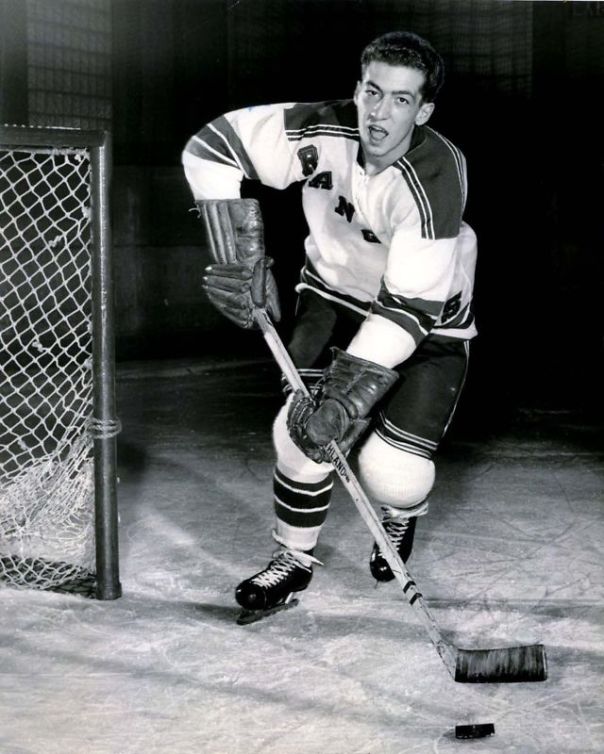 One bright spot was the play of winger Camille Henry.  He was a tiny, slippery player known as Camille the Eel, who avoided being hit by bigger players.  He stood approximately 5-8, 145, but played larger than his size.  He played with a good motor, had a good wrist shot, excelled on the power play, and specialized at deflecting pucks in front of the net – he just knew where to be.  Most of all, he was a big fan favorite, playing all or parts of twelve seasons.      END_OF_DOCUMENT_TOKEN_TO_BE_REPLACED

The Rangers opened up the scoring: Brady Skjei. Mats Zuccarello won a battle in the corner and set up Skjei in the slot for the goal. Derek Stepan drove the net on the backdoor, which forced Brady’s man, William Nylander, to cover him. Stepan didn’t get on the scoresheet, but his ability to crash the net, created the goal.

END_OF_DOCUMENT_TOKEN_TO_BE_REPLACED

Lundqvist and Co. look to get on track and snap losing streak tonight against Toronto

The Rangers (28-16-1) hit a low point during their loss to the Dallas Stars on Tuesday, not showing up for the first 40 minutes, playing horrible defense and not getting great goaltending from Henrik Lundqvist. They’ll need to turn it around quickly when they take on the Toronto Maple Leafs (21-13-8) on the road tonight.

The Rangers’ last game was the epitome of what the team is this season – a high-octane offensive powerhouse with a porous defense, a struggling star goalie and a coach unwilling to make changes and adjustments. The offense essentially tries to outscore the defense every game and it doesn’t work. Vigneault continues to give big minutes to Dan Girardi and Kevin Klein despite their consistent inability to handle that work, and adjustments to the pairings, personnel or defensive schemes remain the same. And therein lies the problem.

On the other hand, the Maple Leafs are enjoying a successful second season under Mike Babcock, integrating all of their young talent and sitting in third place in the Atlantic Division, tied with the Ottawa Senators in points and one point ahead of the Florida Panthers despite playing five fewer games than them. END_OF_DOCUMENT_TOKEN_TO_BE_REPLACED

Rangers back in action against Auston Matthews and the Maple Leafs; Nash and Buchnevich to play

Following the league mandated bye-week, the Rangers (28-13-1) return to action when they take on rookie sensation Auston Matthews and the surprisingly solid Toronto Maple Leafs (18-13-8) at Madison Square Garden.

Tonight’s game will be a special one, as the Rangers have asked fans to wear blue for tonight’s game and get in their seats early for a ceremony honoring Det. Steven McDonald, the former NYPD detective who passed away on Jan. 10. The Steven McDonald Extra Effort Award is named after him and given to the player, voted for by the fans, who goes above and beyond the call of duty. He was a special part of the Rangers’ community and the ceremony tonight should be fantastic.

This is the first of three meetings between the Rangers and Maple Leafs, and the only one at MSG. The Rangers swept the season series last year, scoring three or more goals in all three games, and outscored Toronto 11-6. The Rangers have won each of the last four games in this series, and have earned at least a point in 11 of the last 14 games against the Maple Leafs dating back to Jan. 14, 2012 (10-3-1). END_OF_DOCUMENT_TOKEN_TO_BE_REPLACED

Rangers begin the new year against the Sabres at MSG; Nash and Buchnevich back to practicing

After a successful two game road trip, the Rangers (26-12-1) head back to Madison Square Garden to take on the Buffalo Sabres (13-15-8), the first of two games over the next two days before heading to Philadelphia tomorrow.

The Rangers took care of business last week, beating the Arizona Coyotes and the Colorado Avalanche, two games they were supposed to win. The game against Arizona was a lot closer than it should have been, but they beat the Avalanche handily in their next game, scoring six goals. Now with games against the Sabres and the struggling Flyers over the next two days, the Rangers have a chance to secure some points before the league mandated bye-week.

The Sabres dealt with some injuries to start the year, but it’s been a pretty disappointing start considering some of the signings they made this offseason. Buffalo enters the game tonight with the worst record in the Eastern Conference, and are just 1-4-2 in their last seven games. END_OF_DOCUMENT_TOKEN_TO_BE_REPLACED