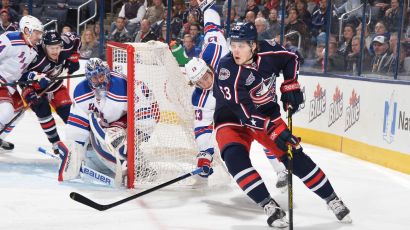 The New York Rangers will faceoff Friday night against a revamped Columbus Blue Jackets team at Nationwide Arena, and will look to build on a 3-2 win over Chicago in their season opener.

This Metropolitan Division matchup will certainly be different from last year, as Columbus added a big name in the offseason in Brandon Saad, at the expense of forward Marko Dano, Jeremy Morin, Artem Anisimov, Corey Tropp, and a fourth-round pick in 2016. The addition of Saad makes for a potent top line for Columbus, as he will play with center Ryan Johansen and winger Nick Foligno.

The Rangers lines will stay the same in Columbus, according to SNY.

Henrik Lundqvist will start again in net against the Blue Jackets after a solid performance at the United Center on Wednesday night, stopping 32 shots for his first win of the season. He’ll need to be dialed in against a deadly top-six in Columbus.

The Rangers will look to Oscar Lindberg for offensive production against a steady Columbus defense. The 23 year old rookie out of Skelleftea, Sweden, scored the first goal of his NHL career on his first shift 1:43 into the game against the Blackhawks. New York acquired the center in a trade with the Coyotes in 2011 for center Ethan Werek, who has not yet eclipsed the 25 point mark in the AHL.

Lindberg’s linemate, JT Miller, also had a fantastic game in the season opener. He had two assists in the first period, the first multi-point period of his career, and created tons of chances with his vision. Miller and the third line are likely to find the back of the net again. 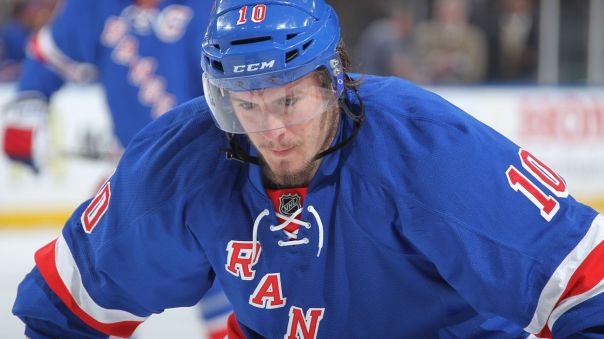 Chris Kreider had a great game against Chicago, and had a few breakaways and chances by utilizing his unique skill set. He was a bit inaccurate with his shooting, so if he hits his target tonight, Kreider is in contention for his first goal of the season.

Vigneault was not happy with the Rangers top line after the first game, and especially not after practice on Thursday. After some casual play and blunders, Vigneault went off on the talented trio in practice, who were hardly visible in Game 1, apart from Rick Nash. (LINK)

“My expectations (for) that line are so high,” Vigneault told Pat Leonard of the New York Daily News. “I think (they are) three elite players that have got to come to play and play hard every night. If you ask them, they might tell you, ‘Oh, we’re slow starters.’ I say, ‘Compete harder. Play a little harder, and you’ll be a quick starter.’”

The Rangers and Blue Jackets will face off at Nationwide Arena at 7 PM. The game will be broadcasted on MSG Network.