Welcome back to quick hits, where I chose a couple of the biggest topics from around the league and share my thoughts on it. I haven’t done this in a while, so be sure to let me know what you think, and leave your thoughts and opinions in the comments section below. 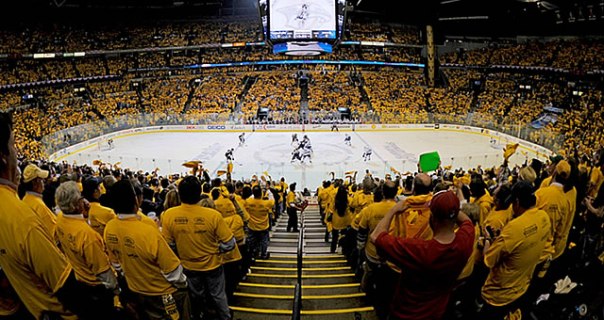 Photo courtesy of the Bridgestone Arena.

After last year’s absolutely ridiculous All Star game in Columbus, finishing with a score line of 17-12, the NHL has decided to make a change in the format in an attempt to make it relevant and watchable.

Last year, two captains were chosen, Nick Foligno and Jonathan Toews, and teams were selected through a draft process. Divisions and conferences were split up, so it wasn’t the East versus the West. The actual game itself was dreadfully boring, with the players participating at half speed, not playing defense and seemingly taking the game as a joke.

The NHL All Star game used to be awesome. The best of the East versus the best of the West, playing their hardest and truly showcasing their skills. It wasn’t taken as a joke, it was played like a serious game. Now it looks like the players are just doing their best to not get injured.

The new format looks to inject some life into the lifeless event. After implementing 3-on-3 overtime this season, which has been full of excitement and goal scoring, it’s coming to the All Star Game in Nashville on January 31st.

The new format will consist of four teams, one from each division, featuring six forwards, three defensemen and two goalies. There will be a three game format, with the divisions from each conference playing each other before getting to an East versus West finale. Each game will be 20 minutes long and will be 3-on-3. To make things a bit more interesting, the winning team gets cash and valuable prizes, an incentive to get the players motivated and hopefully treating it like a real game.

I really like this change of format and move to hopefully make the game more exciting. So far I’ve really enjoyed the six skater overtime format, because there are a ton of breakaways, odd man rushes, and the games are ending on actual hockey plays more often than not. So implementing it for the All Star game could really help showcase the league’s best talent, and it also could be very exciting.

I say “could” for a reason. There’s no guarantee that the players will take this format seriously. In the regular season, 3v3 overtime is action packed because there is a valuable point on the line. It may just be a bunch of guys passing too much and looking for easy goals against a half-assed defense and a goalie that just doesn’t want to get hurt, just like last year in Columbus. These guys are making a boatload of money already, more prizes money may not matter at all.

It’s still a good idea for a change. The NBA All Star game is played at a fast-break type of pace and is full of action. This could be exciting just like that and it may grab the attention of new viewers. Either way, change was needed, and this is a good idea. 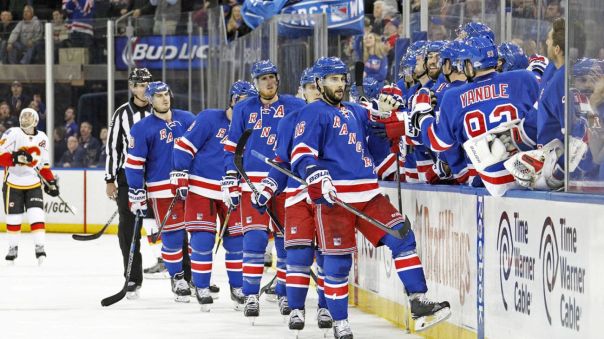 The NHLPA scored another victory for its recently by getting the NHL to agree to insert a five day “by week” of sorts into each team’s schedule, allowing some rest and time off for all of the players.

This was part of the negotiations for the All Star game format change. The league will schedule in the five-day bye week between January 1st and February 28th of each season. No practice will be permitted during this break. If there is a game on the sixth day, the team can schedule a practice for 4 PM or later on the fifth day. Otherwise, nothing.

The NHL and the players association are organizing a World Cup of Hockey for next season, but the by weeks are supposed to help each player during the grind of a long season.

The only objection I have to this is not being able to watch the Rangers for a five day span. Otherwise, it’s good for the players so they can relax and visit their families. There are already four and five day breaks in team’s schedules, but the team can organize practice. This allows players to get their mind off of hockey completely. Which isn’t necessarily a bad thing.

At the age of 39, there’s only one player in the league that’s older than Dan Boyle, and that’s Jaromir Jagr down in Florida. It’s not that common to see a defenseman play this late into their 30s, and it seems like Dan Boyle’s career could be coming to an end after this season.

According to Andrew Gross of the Bergen Record, Boyle hasn’t made any decision yet, but is leaning towards retiring after this season, and is not interested in extending his current contract with the Rangers. He also stated that he doesn’t want to miss any more time with his daughters, Eastin and Wesley, age 7 and 5.

Boyle has been getting more rest and has been a healthy scratch for Dylan McIlrath, but says he feels perfectly fine physically. It’s the mental aspect of his game that he’s been struggling with, and getting his confidence levels back up.

The veteran defenseman has struggled to make much of an impact this season, recording just three assists in 15 games. He’s been missing the net with his shots more often, and despite playing on the power play, hasn’t been able to contribute offensively much. He hasn’t been bad, just not $4.5 million good.

Boyle has had quite the remarkable career, one of the feel good undrafted stories in the league. He started his career with the Panthers but really came onto the scene with the Lightning, winning his only Stanley Cup there in 2004. In 1,034 career games, he has recorded 584 career points, as well as another 80 points in 126 playoff games.

The Rangers’ nine game win streak was snapped last night, and was immediately met with cries for change and disdain towards some of the players who made mistakes. Check a Rangers group page on Facebook and you’ll see gross overreaction ad ridiculous statements.

It’s one loss, Ryan McDonagh isn’t a terrible captain and the season hasn’t come to an end. The Rangers weren’t going to win 70 straight games. Yes, it stings to lose the way that they did, but it was going to happen. It’s time to go on another win streak.

It’s also time to accept the fact that the Rangers are one of the best teams in the entire league, if not the best. Only the Stars have more points right now (32 to the Rangers 30), but New York has played one less game. Henrik Lundqvist is in playoff form, and the Rangers have been getting scoring throughout the lineup.

A loss or two isn’t the worst thing either, because they seriously need to reevaluate their game. So far, their possession has been horrible. Keith Yandle is the only player with a corsi for of over 50%. It’s hard to win games when the other team seems to have the puck more that you in every game. They haven’t been playing all that well, and something needs to change.

Also, it’s getting a little worrying that Rick Nash and Chris Kreider haven’t been scoring, with just five goals and 20 points between the two of them. It’s almost 20 games into the season, and one of them are going to need to step up and be the elite scorers that the Rangers need. I’m not saying it won’t happen, because I have confidence in both of them, but it needs to happen. And soon.

And for goodness’ sake, please put Keith Yandle on the first power play unit. It’s what he does best. Just let him play because this power play has been pretty atrocious.