← McDonagh and Nash OUT as the Rangers rematch the New Jersey Devils
Miller, Brassard look to stay hot against Hagelin and the Penguins →

The Impact of the Next Three Weeks on the Rangers’ future

Being that this is my first post as a writer for The Ranger Zone, I want to take a moment to introduce myself. I am a junior in college and have been a Rangers fan since the day I was born. I began writing as a member of NYRFullTilt last March and joined the team at TRZ this past Thursday. I welcome the opportunity and look forward to interacting with you all on twitter. My twitter handle is @ekwestel. Questions, comments etc. are always welcome, so feel free. Now to the actual article…

We sit just under three weeks until the NHL Trade Deadline (Feb. 29). This is the time when teams identify themselves as buyers or sellers. With the new scheduling format instituted two seasons ago, more teams find themselves within arms reach of the playoffs, with less inter-conference games being played. This day has had major significance for the New York Rangers throughout their history, but even more so the past three seasons. To recap: 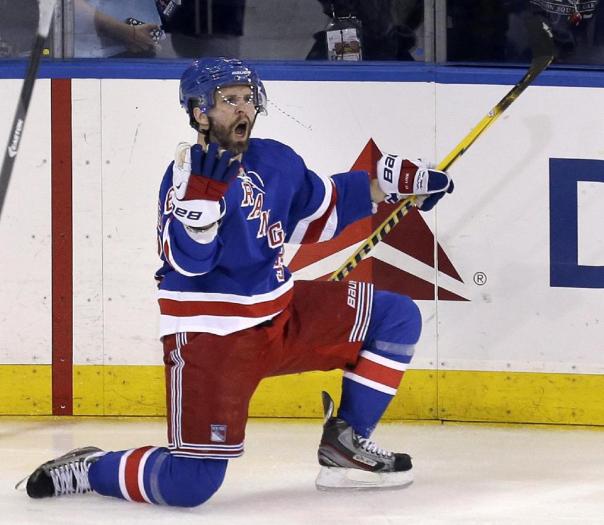 March 1, 2015: Rangers trade Anthony Duclair, John Moore, a 2015 2nd round pick and 2016 lottery protected 1st round pick to Arizona in exchange for Keith Yandle, Chris Summers and a 2016 4th round pick

While each of those trades brought talented players to New York who have made major contributions to the lineup, the trade deadline of 2016 is the most important trade deadline for the Rangers organization since 1994. Then, it was all about making the moves that would put the Rangers over the hump, which of course they did. This year, however, the circumstances are very different. The Rangers find themselves at a crossroads right now. The core veterans from the runs to the Eastern Conference Finals three of the last four years are getting older and unfortunately it’s showing on the ice. Who knows how many more years Henrik Lundqvist will be amongst the top tier goalies in the league? Will the youngsters develop into the great players we believe they can be? “The Window” that every keeps talking about seems to closing even with every passing day. I really hope I’m wrong. Conventional wisdom says the Rangers can still possibly make a run at the Stanley Cup this year, but their inconsistent play since Thanksgiving has led many to speculate whether the Rangers can duplicate their deep playoff runs of the last two seasons. The reason why THIS trade deadline is so important is because it will likely define the next five years of Rangers hockey, if not more.

For the past two years, the Rangers made “all in” trades at the deadline. Bringing in Martin St. Louis who couldn’t buy himself a goal during his 2014 regular season stint with the Rangers brought lots of veteran wisdom, expertise and timely goal scoring as the Rangers fell short in the Stanley Cup Finals. The Keith Yandle trade too was one of those “all in” trades. If not for Mats Zuccarello’s injury, you can MAKE THE ARGUMENT (not say definitively) that there would be a fifth Stanley Cup Banner hanging from the rafters at MSG. Last May is history, so now management has to think about what their plans are for this coming May and several years down the line. With the mixed messages we have been receiving this season from the coaching staff and the silence of Jeff Gorton, who knows what’s going through Gorton’s (and Sather/Schoenfeld) mind right now, but let’s delve into what can possibly transpire over the next three weeks.

Disclaimer: these ideas aren’t ordered by what I want to happen, rather by what is most likely to happen

A few weeks ago, this seems like a forgone conclusion. However, Yandle has been used a little bit more effectively and is showing the coaching staff exactly why they sent a huge ransom to pry him from Arizona. Contrary to what some others have been saying, Yandle is the best offensive defenseman that the Rangers have had since Brian Leetch. His 28 points (4G, 24A) lead all Rangers defenseman and his puck moving ability is tops in the league. It is assumed that Yandle will command around $6 Million as a UFA this coming summer. Why trade Yandle? Leaving the salary cap implications aside, you trade #93 because the Rangers can most likely bring back a huge haul, so long as the front office values the right pieces; as opposed to some other players who see they believe are “top players.” Realistically speaking, they can bring in a top-prospect and probably two early round picks as well. For a team that hasn’t had a first round pick since selecting Brady Skeji in 2012, they can use a 1st-rounder, especially with 2017 speculated to be another deep draft. Now with Dustin Byufglien signed in Winnipeg, the demand for Yandle has risen even more. Why keep Yandle? Simply, use the eye test. Besides that, giving away Yandle would ruin any chance at a cup run this season and make trading Anthony Duclair look like an epic fail. Now, Ryan McDonagh’s injury throws a monkey-wrench in all of this. Who knows how long “Captain Mac” will be out for, so having only two experienced left-handed defenseman is something that would not be ideal. Brady Skeji and Chris Summers aren’t replacements for McDonagh. The bottom line is, trading the 29-year old defenseman would be a HUGE mistake. What people don’t understand is that while Brady Skeji is ready to make the jump to the NHL, he isn’t nearly the offensive talent the Yandle is, and finding another player like Yandle isn’t the easiest thing to do. 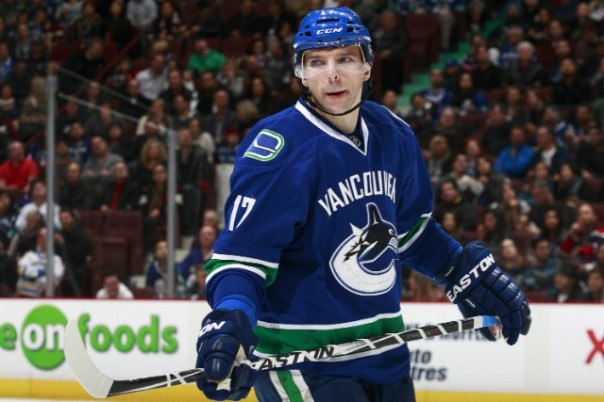 Alain Vigneault has struggled this entire season to find consistent production from his top-six forwards. Scoring has been hard to come by at times and the PowerPlay has been awful. You can attribute some of that to a lack of Keith Yandle on the first unit, but that can’t be used as an excuse. Going into this season, the Rangers were relying on youngsters Kevin Hayes, Chris Kreider, J.T. Miller and even Jesper Fast to take that next step and fill in the scoring void left by Martin St. Louis. Unfortunately, all besides J.T. Miller have not lived up to those expectations. The void still needs to be filled, and help will most likely have to come externally. The name who we’ve heard rumored to be available is Vancouver’s Radim Vrbata. The 35-year old winger will is slated to become a UFA on July 1, so any trade will most likely be a rental. As a right-handed shot, he would slot in well on the 2nd line and be a nice addition to the struggling PowerPlay. While this isn’t considered an “all-in” move liked we’ve seen the last two years, making a move like this signals that management believes that one more piece can put the Rangers back into the conversation of being able to come out of the East.

Option #3: Trade one of the “Wonder-Twins”

This is a long-shot given the contracts handed out to Dan Girardi and Marc Staal. With Girardi having a no-move clause, it’s virtually impossible for him to be sent out of town. Staal on the other hand could be moved a little more easily (than Girardi), but I still can’t see it happening. The benefit to making a trade like this would be to add some much-needed cap space to re-sign the impending RFAs who will all be demanding raises.

Anoth scenario which I can’t see happening is management sitting tight. As currently constructed, I don’t think the play of current roster has been nearly good enough to be considered a legitimate Cup contender. Of course, when Henrik Lundqvist is your goalie, anything can happen. The bottom-six that was so dominant in the 2014 run to the Cup is horrendous, but that’s mainly because the 4th line is so ineffective. Luckily for us, it looks like Kevin Hayes and Viktor Stalberg are finding their game, which should provide some much needed depth. Could the Rangers try someone new on the 4th line? It sure looks like they need to, but with Glass and Moore already there, it’s tough to imagine AV bringing someone else on.

We’ll have a much better picture as to where the organization is headed once 3PM hits on February 29, but if the Rangers can show between now and then that they are regaining their winning form, it will make Jeff Gorton’s decision making process much easier.

← McDonagh and Nash OUT as the Rangers rematch the New Jersey Devils
Miller, Brassard look to stay hot against Hagelin and the Penguins →