← Raanta makes 32 saves as Rangers take down the Capitals
Raanta remains in net as the Rangers take on the Islanders; Marc Staal OUT → 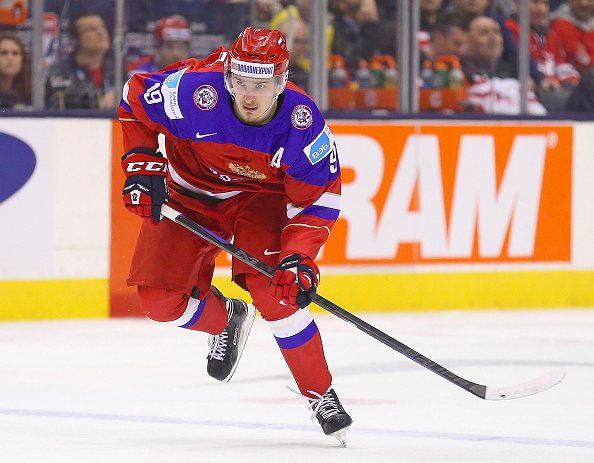 UPDATE: An article for this news story was written/broken on Full Tilt NYR by Steven Cifuentes. Please go support that article and site HERE since he wrote about the situation first.

The Pavel Buchnevich situation has gotten a bit more interesting, and the Rangers could have some trouble bringing their top prospect over to North America next season.

According to Aivis Kanins, a hockey writer covering the KHL, SKA St. Petersburg has offered Buchnevich a contract extension to stay with them beyond these playoffs. Buchnevich started out with the Severstal Cherepovets, but was traded during the season. He finished the regular season with 37 points (16-21-37) in 58 games, and has three points (1-2-3) in four playoff games with SKA.

Hearing Pavel Buchnevich has received an offer to extend his contract with SKA St.Petersburgh

The reason this contract extension is concerning is because of the situation surrounding Ilya Kovalchuk and St. Petersburg. Kovalchuk, the former Atlanta Thrashers and New Jersey Devils star, was left off of the playoff roster by SKA and is working to have his contract terminated. It’s widely believed that he is planning on returning to the NHL.

If Kovalchuk leaves, SKA will need someone to replace their best player, and the 20 year old Buchnevich would be the ideal replacement. He’s young, talented, and getting even better as the season goes on, so it makes sense that St. Petersburg wants to lock him up.

If I’m the Rangers, I am contacting his agent right now and reassuring him that Buchnevich will make the Rangers’ NHL roster next season. Buchnevich has stated before that he would rather play in the KHL, the top professional league in Russia, instead of playing in the AHL. And for someone of his caliber, it makes sense. He doesn’t belong in the AHL and he’s good enough to play on the Rangers right now.

This is probably one of the reasons why the Rangers were able to get him in the third round; there’s concern as to when he will come to the NHL. Buchnevich has also said that he does want to play in the NHL, but just not go through the AHL system first.

Next season, Gorton could really use some affordable scoring help on the wings with the salary cap potentially going down and some RFAs potentially out of price range. Buchnevich is NHL ready, he can play right wing (a position where the Rangers need some help) and he’ll be affordable.

SKA is poised to make a playoff run, so the Rangers likely won’t be able to get him for this season. Also, putting him on the playoff roster would burn a year of his ELC, which is not what the Rangers want right now.

The best plan of attack is to assure him that he’ll be a Ranger at the start of next season, and hope that he makes the decision to move to North America in 2016.

← Raanta makes 32 saves as Rangers take down the Capitals
Raanta remains in net as the Rangers take on the Islanders; Marc Staal OUT →