NHL expansion looms; Having fun with a hypothetical expansion draft this summer 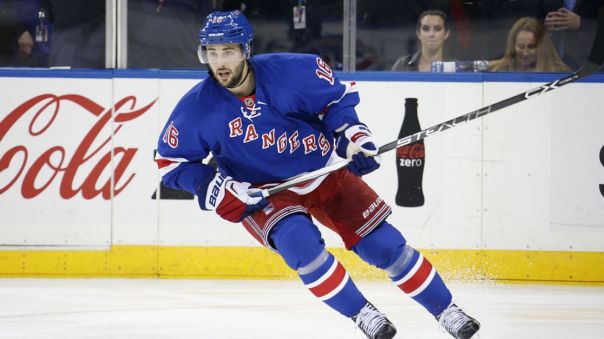 This past summer talks between the National Hockey League and potential expansion franchises in either Las Vegas or Quebec City (or both) had heated up significantly. For expansion to occur it would mean that an expansion draft would have to take place for the first time since 2000. It has been reported that the league is likely to announce plans for expansion as early as June of this year, before the NHL entry draft.

TSN’s Darren Dreger has reported that if an expansion draft were to take place, each team would have the right to protect several key players of their choosing. Dreger tweeted Wednesday that teams would be given the option of protecting either: A) three defensemen, seven forwards and one goalie OR B) eight skaters and one goalie. There are a lot of smaller details that have not yet been nailed down by the league, but this would likely be the main framework of an expansion draft.

While there are a lot of areas lacking clarity, the league has begun notifying teams on the potential ideas for the draft itself. It is expected that if there is a one team expansion, each team will lose one player. In the event of a two team expansion, each team loses two. It sounds like something out of a video game. It has also been speculated that players with no-move clauses will NOT be eligible for the potential drafters. The feeling among teams is that one expansion bid will be accepted by the Board of Governors and Las Vegas will be the next NHL city.

So who would our New York Rangers look to protect? It should be noted that expansion would be slated for the 2017-2018 season, so the draft would likely take place in June of 2017. For arguments sake we will examine only the players who are currently under contract until that summer of 2017 (with a few exceptions).

By my estimation there are 13 shoe-ins for NHL roster spots (currently under contract or in controlled contract situations) in 2017 including prospects Pavel Buchnevich, Brady Skjei and the teams current 7th defenseman Dylan Mcilrath. I am also including all of the teams pending RFAs, so Kevin Hayes, JT Miller and Chris Kreider. Rounding out the list, we have Derek Stepan, Derrick Brassard, Rick Nash, Matts Zuccarello, Jesper Fast, Oscar Lindberg, Ryan McDonagh, Dan Girardi, Marc Staal, Kevin Klein, Brady Skjei and Henrik Lundqvist.

We can immediately cross all players with full no-move clauses off of this list, as it was reported by Elliot Freidman that they would likely not be subject to the draft (damn). Other details that have leaked out of GM meetings include that teams must expose enough players which total at least 25 percent of previous season’s payroll. Also, Pierre LeBrun reported that prospects and first or second year pro (including AHL) players would be exempt from the draft.

The feeling is that all teams will either lose a number 4 or 5 defenseman, or number 6 or 7 forward. The idea here is to keep star players and key prospects where they currently are.

It is impossible to assumed what the team will look like in the summer of 2017, so I thought it would be fun to choose a group of players to protect if the expansion draft was TODAY!!!!

IT’S EXPANSION DRAFT TIME FOLKS, HOLD ON TO YOUR BUTTS!!!

Taking a look at Dreger’s report, teams are given an option of protecting either: A) seven forwards and three defensemen plus one goalie or B) eight skaters and one goalie.

I would choose option A because in the Rangers case, they’ve only got three defenseman I would want to keep! (Dan Girardi and Marc Staal are keepers due to NMC’S unfortunately. As would be Rick Nash)

I would choose to protect:

And of course, Henrik Lundqvist.

This is of course assuming the Rangers are not able to move heaven and earth to keep Keith Yandle past this summer, he would be a shoe in if signed passed this season. Also I have omitted players who will almost certainly maintain full-time roles with the big club in 2017-2018 like Brady Skjei and Pavel Buchnevich.

So, of the players that are signed beyond the upcoming summer or hold RFA status, only Oscar Lindberg and Tanner Glass would be subject to an expansion draft. That wouldn’t be the worst thing in the world.

Who are the 8-10 Rangers you’d protect if the expansion draft were to happen today?