Brandon Pirri signs one year deal with the Rangers; A sign of a trade to come? 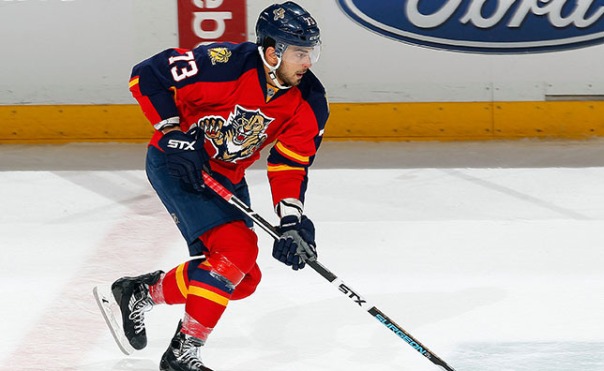 Photo courtesy of the Florida Panthers.

Jeff Gorton made another clever depth signing, adding to the already impressive group of forwards he’s assembled. Former Florida Panther Brandon Pirri has inked a one year deal with the Rangers worth $1.1 million, and could factor into the middle of their lineup.

Pirri split time with the Panthers and Ducks this season, scoring 14 goals with 15 assists in a total of 61 games. Back in the 2-14-15 season, he scored an impressive 22 goals in just 49 games, playing mostly with Jimmy Hayes and Vincent Trochek.

It’s important to note that he did bounce around the lineup this past season, never really settling into a set spot on a line or with teammates. He’s not a lock to score 20 goals again, but in a more solidified role, Pirri could see his offensive production increase. END_OF_DOCUMENT_TOKEN_TO_BE_REPLACED