← Derek Stepan to begin skating; What will the lines look like when Stepan returns?
Rangers win streak snapped in Montreal; Duclair tallies another point →

Duclair back into the lineup for Saturday’s game against Montreal

Anthony Duclair will get his first start since he last played against the Carolina Hurricanes, and will be playing in his hometown of Montreal.

Anthony Duclair grew up right outside of Montreal, and as a result, he was a Canadiens fan in his childhood. He idolized his favorite players like Saku Koivu, the captain of the Habs for 10 years. And now, Duclair will get his chance to play at the Bell Centre when the rangers face off against the Montreal Canadiens.

Duclair had three assists and a plus-four rating before he was a healthy scratch for the Rangers’ last two games. Vigneault said that it wasn’t because of his play, but because he wanted to adjust the lineup for the big-bodied Sharks as well as for the Devils game.

Since he was scratched, he still been practicing and giving his best effort out on the ice.

“He’s worked real hard the past week to 10 days,” said Rangers’ head coach Alan Vigneault. “He’s obviously going to be really excited about this and he’s just gotta go out and enjoy this.”

Duclair will have many his friends and family members supporting him from the crows, and playing an NHL game on the ice he once cherished as a kid will certainly be a big moment for him.

“It will be a special day for me,” Duclair said following Friday’s practice. “Growing up in Montreal a Habs fan, one of the games I circled on my calender was obviously the one coming up.”

“He’s been talking about it for a week,” teammate and close friend Derick Brassard said.

Playing under these circumstances will certainly be a motivator for Duclair, and the drive to get a point or even to score a goal will be really strong for the youngster.

In practice, Duclair skated on the left wing, with Dom Moore at center and Carl Hagelin at right wing, which would be the third line for the Rangers if it remains that way for Saturday.

I’m really excited to see Duclair back in the lineup. He will be really hungry to go back out there and prove he belongs in the everyday lineup. Also, playing in front of family and friends, as well as playing against his childhood favorite team, will certainly make him excited. Duclair has a good chance at picking up a point against the Canadiens, and maybe even a goal. 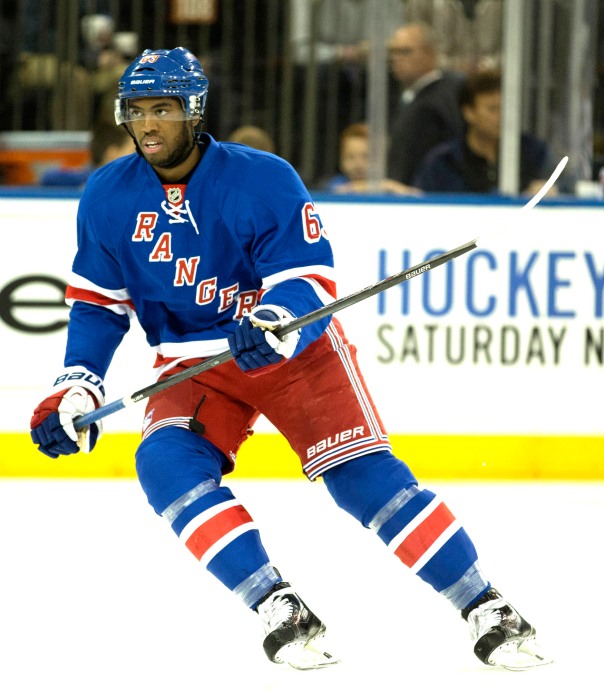 With all of the circumstances, Duclair will be very excited for Saturday’s game, and has a great chance to pick up a couple of points, and maybe his first career NHL goal.

The puck drops at 7 PM on Saturday, in what is likely to be a thrilling rematch between two rivals, following a great Easter Conference Finals where the Rangers emerged victorious.

← Derek Stepan to begin skating; What will the lines look like when Stepan returns?
Rangers win streak snapped in Montreal; Duclair tallies another point →