← Rangers blown out at MSG in Game 2; Stepan keeps on surging
Rangers need a more disciplined effort in Game 3 on the road →

The Ranger Zone Podcast: Takeaways from Game 1 and 2 of the Eastern Conference Finals 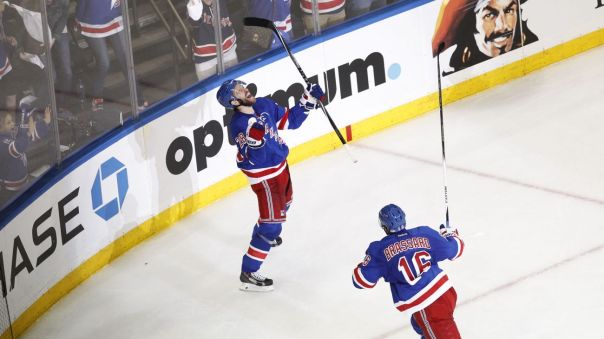 The Rangers have played the first two games of the Eastern Conference Finals, and head to Amalie Arena to take on the Lightning in their home building. Photo courtesy of MSG Photos.

This is the second episode of The Ranger Zone podcast! In this episode I discuss my observations from the first two games in the series against the Lightning. Everything from the Game 1 domination to the Game 2 debacle on Monday night.

I also go over some players that I think have been strong, including Kevin Hayes, and the red hot Derek Stepan and Chris Kreider, as well as talking about the struggles of Rick Nash and Martin St. Louis, and what they both need to do.

What did you take away from the first two games? Who has been the key performers? Who needs to be better? Tell me in the comment section below.

← Rangers blown out at MSG in Game 2; Stepan keeps on surging
Rangers need a more disciplined effort in Game 3 on the road →