← Thank You: One season of The Ranger Zone is in the books
6 Things the Rangers needed to do better in the playoffs → 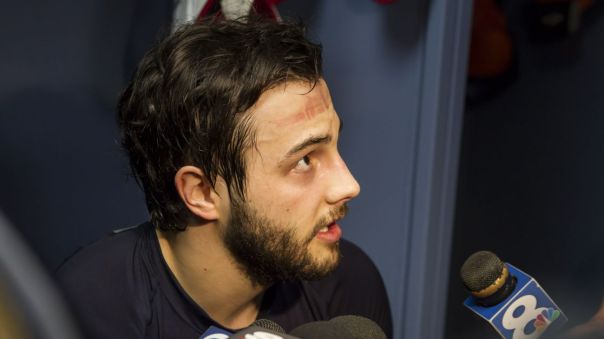 The Rangers were dealing with a lot of other injuries on the blue line as well.

Marc Staal had been playing with a hairline fracture on his ankle since the end of the regular season, and said that it was frozen throughout the playoffs. He hopes that rest will heal it, but surgery is an option.

Dan “the iron man” Girardi was dealing with some issues of his own. He was diagnosed with a Grade 1 MCL sprain in Game 4. He also had fluid on his ankle, which needs to be drained.

Keith Yandle, who took maintenance days throughout the playoffs, had a sprained AC joint in his shoulder from a Blake Comeau hit in the series against Pittsburgh.

Knowing all of this now, and adding in the fact that Kevin Klein missed the entire first round, and was still recovering in the playoffs, its remarkable that the Rangers were able to get this far, and bring the Lightning to Game 7.

Mats Zucarello had been out of the lineup since early in Game 5 against the Pittsburgh Penguins. There was wild speculation about what the injury was, and many people, including myself, had settled on a concussion. But the reality was much more serious than that.

Mats Zuccarello spoke with media members today, revealing the true extent of his injury, and how he is feeling now. Photo courtesy of MSG Network and the New York Rangers.

Zuccarello was dealing with a brain contusion, or a bruise, which could have been very serious. After getting hit in the side of the head with a puck, he had a small fracture in his skull and a little blood on the brain.

He was hospitalized for three days, couldn’t move his arm for a few days, and couldn’t speak until four days after the injury. He went to speech therapy, and continues to go now. He’s not fully healed, but is on the road to recovery, and expects to be fully healed for training camp.

“Of course (I was scared),” said Zuccarello. “I couldn’t talk. It was scary. But the doctors were really good and made sue I knew that I’d be healthy. Now I go to speech therapy and I feel much better.”

In four plus games against the Penguins, Zuccarello picked up two assists. His absence in the lineup created a real void, with the team missing his energy, strong two way play, and production.

Martin St. Louis was one of the players who Vigneault initially expected to step up and replace Zuccarello’s production. Instead, the 39 year old winger had the most disappointing playoffs of his career, scoring just one goaland adding six assists in 19 games.

With the Rangers strapped for cash, and pressed up against the cap, St. Louis’ future with the team is uncertain, and his interview seemed to reflect that.

“I’ve been blessed to play with this organization for parts of the last two years,” St. Louis said this afternoon, which seems to sound like a goodbye. “Of course, I want to play. I’m not sure which direction this team is gonna go either, so it’s tough to comment.

Martin St. Louis had a disappointing postseason, and with salary cap issues surrounding the team, will he be back in a Rangers uniform next year? Photo courtesy of MSG Photos.

Head coach Alain Vigneault said that he and assistant general manager Jeff Gorton had a long chat with St. Louis today, and that cap issues are obviously a factor in the decision on St. Louis.

Martin St. Louis has just finished a four year contract totaling 22.5 million dollars. His cap hit this year was $5.25 million this year. With key players like Derek Stepan, Carl Hagelin, JT Miller and other all requiring new contracts, the Rangers can’t afford to have St. Louis back at that price.

In the coming weeks, and during free agency over the summer, we will see how the situation unfolds. St. Louis certainly would like to stay, but is there any room for him?

← Thank You: One season of The Ranger Zone is in the books
6 Things the Rangers needed to do better in the playoffs →