Cam Talbot and Henrik Lundqvist combined to form one of the best goaltending duos in the entire league, with each goalie reaching the 20 win plateau and playing a major part in the Rangers’ success. Photo courtesy of MSG Photos.

Throughout the offseason, I’m going to be writing articles, giving my opinion on a player’s performance throughout the regular season and the playoffs. I’ll be starting from the back end out, which means goalies first, then defensemen, and finally the forwards.

To avoid super long posts, I’m going to split up the defensemen and forward groups. For defensemen I’ll probably do the plays who are paired with each other, and I’ll try and separate the forward lines. This will allow me to talk more in depth about each person, and talk about how they played together.

As any hockey fan or player knows, the goalies are arguably the most important part of the team. The goalie is the backbone of the team, bailing out their teammates and serving as the last line of defense. A goalie can steal games, and a great one can steal series in the playoffs.

The Rangers have been fortunate to have great goaltending for the last two-plus decades. After Mike Richter retired, Henrik Lundqvist came along in 2005, and has been the number one goalie ever since. 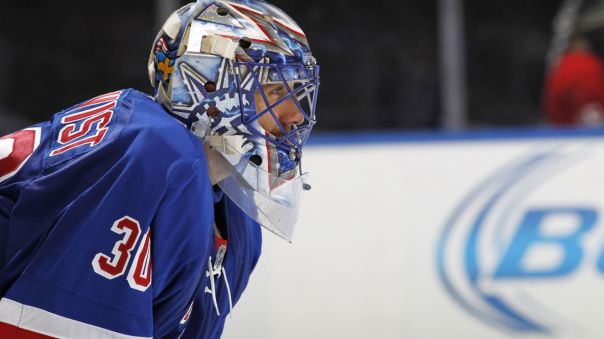 Henrik Lundqvist was phenomenal this season, bouncing back from a frightening injury, and performing extremely well in the playoffs. Photo courtesy of MSG Photos.

Henrik Lundqvist has been the Rangers go-to guy for a decade now. After a solid regular season and fantastic playoff run, Lundqvist returned to try and build off of last season’s success

Lundqvist usually tends to have slow starts to the season, and then pick up his play after a few weeks. That was somewhat the case for him this year. Lundqvist had a few tough games to start the year, like back-to-back losses against the Islanders and Maple Leafs at the Garden, but pretty soon, he was in his top form.

Lundqvist was cruising through the months of December and January, playing well as the Rangers won 13 of 14 games stretching from December 8th to January 13th. He raised his save percentage to .924 towards the end of January, playing very well, and consistently allowing just two goals or less on numerous occasions. In a stretch of 20 starts, ending with a 6-3 Rangers win on February 2nd, Lundqvist posted a 16-4-0 record with a 1.82 GAA and a .938 save percentage.

Unfortunately, that would be his last start for nearly seven weeks, as Lundqvist was placed on the LTIR following a scary vascular injury in his neck following a puck to the throat during his January 31st start against the Carolina Hurricanes.

Nobody was sure how Lundqvist would bounce back after seven weeks of no hockey. Being the ultra-competitor that he is, he was back to his old self, finishing the regular season strong in the last few games.

In the playoffs, Lundqvist managed to step up his game to another level, performing marvelously through the first two rounds. In the first 12 games of the playoffs, or the series wins against the Lightning and Capitals, Henrik posted a 1.60 GAA and a .944 save percentage, posting a save percentage below .930 just once. He was magnificent throughout both series, especially against Washington.

Against the high-powered Tampa Bay offense, he was very solid again, doing everything possible to fend off Steven Stamkos and the Triplets (Nikita Kucherov, Ondrej Palat, Tyler Johnson). This series was much harder for the Rangers, as Tampa could match the speed of their wingers, and New York was dealing with a ton of injuries to the backend. Henrik had just two sub-par games, Game 2 and 3, but that was the difference.

Ultimately, you can’t complain about two shaky games in the playoffs. Yet again, Lundqvist was the most consistent player on the ice in the playoffs, performing extremely well through the first 13 games. If it wasn’t for him, the Rangers probably don’t get past the Capitals in the second round. He recovered from a serious injury and continued to play at an extremely high level. And for the ninth time in 10 seasons, he reached the 30 win plateau. Couldn’t have asked anything more from him. 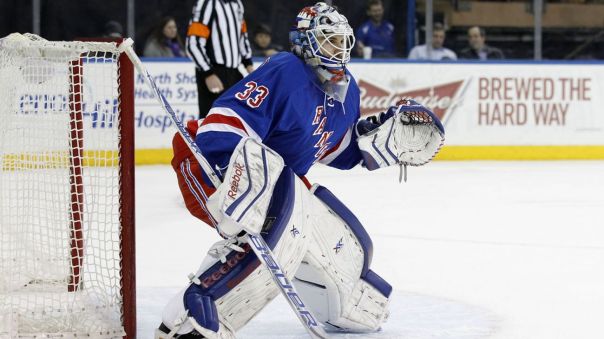 Cam Talbot saved the Rangers’ season, performing very well when Henrik Lundqvist was out of the lineup with an injury. Photo courtesy of MSG Photos.

Cam Talbot returned to the Rangers after a fantastic rookie campaign in the 2013-14 season, finishing that year with a 12-6-1 record, along with a fabulous 1.64 GAA and a .941 save percentage. When Henrik Lundqvist was struggling, Talbot came in and “steered the ship” in the right direction, helping get important wins during the regular season.

This year, he was expected to fill the same role; give Henrik some rest, give the Rangers a chance to win, and help out the team when needed. But Talbot proved why an important backup is extremely important for any team.

When it was announced that Lundqvist would miss significant time, Talbot was handed the reigns, become the number one goalie for the Rangers. Talbot had always wanted to prove that he could be a starter, and he finally had the opportunity to do so.

At first, he struggled a bit, allowing three or more goals frequently. But the Rangers were scoring in bunches, and Talbot kept giving the Rangers a chance to win. But as he kept getting more and more starts, his performances got better and better. In March, Talbot had nine consecutive starts allowing two goals or less.

Many people were concerned that the Rangers would falter without Lundqvist in net. But instead, Talbot helped raise the Rangers game to another level. When he was in net, the Rangers continued to climb the standings in the conference, as they would go on to win the Presidents’ Trophy. Talbot posted a 16-4-3 record in Henrik’s seven week absence, starting 23 of the 25 games that the Rangers played. His goals against average was 2.16, and his save percentage .929, boasting two shutouts in those 23 starts.

If it wasn’t for Talbot’s play, the Rangers could have easily fell out of contention, and may have struggled to capture a playoff spot. Instead, the team flourished, and climbed the Eastern Conference standings.

Talbot is under contract for next year, and would certainly be welcomed. However, his value is at an all-time high, so there is a chance he could be dealt. Either way, his performance saved the Rangers’ season, and made him a well-deserving recipient of the Steven McDonald Extra Effort Award.

How would you grade each player’s performance? Let me know in the comment section below, or tell me on Twitter @The_RangerZone.