← McDonagh and Yandle: A match made in hockey heaven
Kevin Hayes and avoiding the sophomore slump →

Welcome back to quick hits, and here is some of the news surrounding the Rangers and the NHL.

NHL moves to Adidas for production of hockey jerseys (TSN.ca) 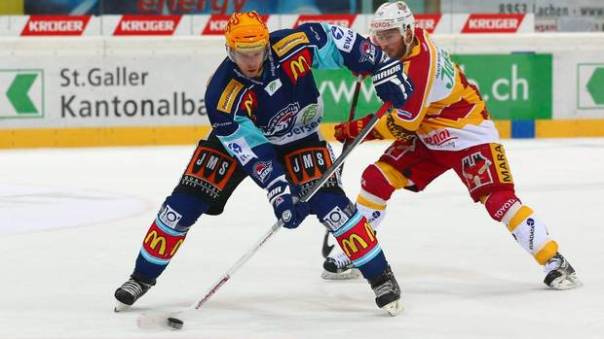 Adidas is taking over jersey production, and advertising is possible. Do we really want the NHL to look like this? Photo courtesy of Thomas Oswald/Keystone/AP.

Every once in a while, the NHL changes the makers of their jerseys, usually bringing some slight changes and style choices with them. For the start of the 2017-18 season, Adidas will be taking over the jersey production from Reebok, a sports brand owned by Adidas.

Adidas beat out Under Armour and Bauer Hockey for the jersey contract, a deal which will pay the league $35 million. Neither side commented, but the deal is expected to be formally announced in September.

This could mean some significant changes to the jerseys, including the trademark three stripe design down the shoulders and arms. But there could be an even bigger change coming with Adidas, who design a lot of the soccer jerseys in leagues like the MLS and the Premier League.

The thing that all of those jerseys have in common is advertising, front and center, on all of the jerseys.

The NHL has discussed this before, claiming that the league could raise $4 million per team, or $120 million a year, if they placed advertising and sponsorships on the center of the jerseys. If the league planned on a major overhaul with Adidas, starting with the triple stripes, it would be an ideal time to introduce advertising as well.

Personally, I am 150% against placing advertisements anywhere on the jerseys of NHL teams. Yes, I know that it works very well in the soccer leagues, and their fans have learned to deal with it, or even accept it, but North American Leagues traditionally don’t do this. In a sense, it’s what makes them unique.

Think about it this way. A storied soccer franchise in Manchester United, founded all the way back in 1878, has their tiny logo sewn on the left side of the chest, and a massive Chevrolet logo plastered down the middle. Why is one of the most successful English soccer clubs mostly represented by advertisements?

It would truly be a disgrace if the league violated the purity of the jerseys with a corporate logo. Even thinking about tarninshing a historic jersey like the Canadiens, Blackhawks or the Rangers, or any hockey jersey for that matter, is unsettling and a disgrace. I don’t want to see Rick Nash, or anybody for that matter, skating out onto the ice at MSG with Chase, Lexus, and Coca-Cola patches sewn into the jerseys.

It’s not worth ruining the jerseys of any team with corporate sponsorship for an extra $4 million per team. I really hope the NHL does the right thing here, and doesn’t go chasing the money. Don’t do it.

An NHL uniform is a sacred thing and it’s an honor to wear one. Putting corporate sponsors on the front would tarnish that. Don’t do it

Carl Hagelin signs with Anaheim, but did he really want to? 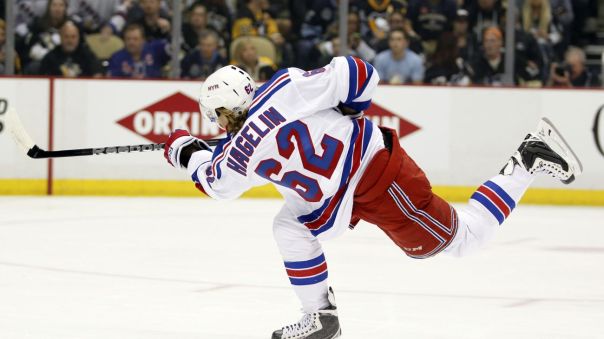 After quite a long saga, Carl Hagelin finally inked a four year, $16 million deal that will pay him $4 million per season, much higher than what the Rangers could have offered him. But in an interview with Svenska Fans, he alluded to the fact that he wasn’t expecting to leave.

In fact, Hagelin said that although he knew that the salary cap situation would be tight in New York, but that he was willing to sign a one year deal for the upcoming season, and then work towards a longer deal. He also said that he never expected to spend his entire career in New York, but expected to play there for a few more years.

This is quite surprising news, because nothing ever came out about Hagelin willing to take a one year bridge deal in order to remain a Ranger.

Despite this news, I don’t think it would have worked anyway. Hagelin would have at least retained his $2.25 million salary, and the Rangers wound up paying Emerson Etem, Jesper Fast, Oscar Lindberg and JT Miller all less than $1 million. Also, the Rangers won’t have cap relief after this season, so a longer, more expensive deal would not have been able to be done anyway.

While Hagelin was a good player, and a great Ranger, there were more pressing needs at hand. Cap relief wouldn’t have come in a year or two, so it was time to move on. 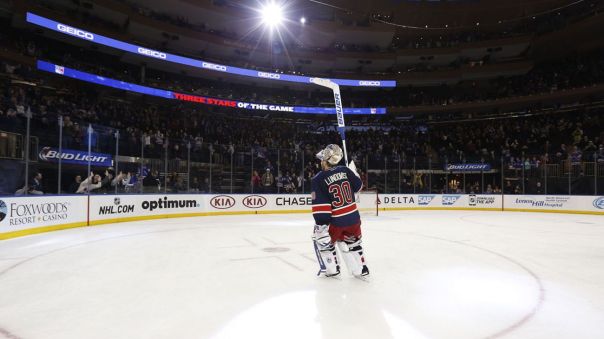 The Hockey News came out with their annual Top players list, and seven of the Rangers’ players were listed in the top 200.

Henrik Lundqvist was the highest ranked Ranger, coming in at 13th, and ranked as the second best goalie in the NHL, behind only Carey Price. Rick Nash came in at 39, and Derek Stepan (83), Derick Brassard (130), Kevin Hayes (150), Keith Yandle (163) and Mats Zuccarello (168) were also ranked.

← McDonagh and Yandle: A match made in hockey heaven
Kevin Hayes and avoiding the sophomore slump →