← Rangers back on the ice at informal skate; Zuccarello “As good as new”
The Ranger Zone is looking for writers →

With informal skates and practices beginning, and hockey season just 27 days away, things are starting to pick up, with player participating in the NHL media tour and getting prepared for the start of the season. 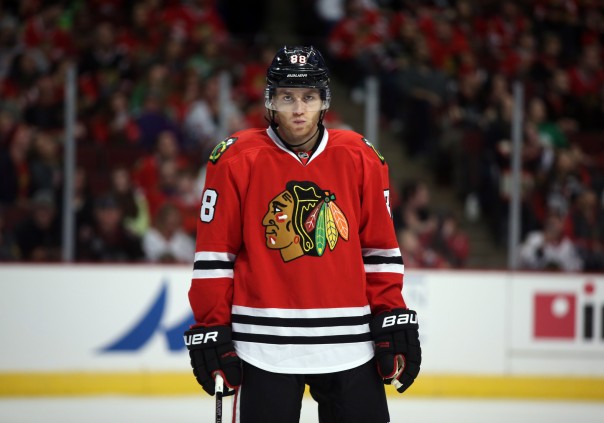 The biggest ongoing storyline in the NHL is the Patrick Kane saga. Last month, Kane was accused by a young woman of sexually-assaulting her in his Buffalo home following a night at a downtown bar. Investigations have been ongoing, and Kane was scheduled to meet before a Grand Jury.

When a case gets that far, it usually means that the prosecution believes that they have enough evidence to make a case, and there may be testimonies taken from witnesses.

However, the meeting scheduled for yesterday afternoon was postponed unexpectedly. Supposedly, it was delayed because of the potential for settlement talks between Kane and the alleged victim. (LINK)

This is a very surprising change of events, at least it was for me. Personally, if I were in the alleged victim’s shoes, I would want my attacker prosecuted, not a cash payout. This could work in Kane’s favor, as he could potentially avoid any jail time and missing games.

While the accusation came to light a month ago, neither the NHL nor the Blackhawks organization have taken action since Kane has not been charged yet. The Associated Press reported that the Grand Jury has been delayed for two weeks, which could pose a problem. Chicago is set to have their first training camp practice on September 18th.

A potential suspension was something that NHL commissioner Gary Bettman discussed on Wednesday afternoon at the World Cup of Hockey announcement.

“Obviously when a player is involved in something like Patrick Kane is subject to right now in terms of the authorities investigating and looking, it’s unfortunate, it’s a terrible thing, but we’re going to have to watch the process play out and at the appropriate time we’ll make whatever decisions have to be made at the time,” Bettman told Yahoo Sports’ Josh Cooper.

The situation is being handled well as of right now. No charges have been filed, Kane has supposedly been cooperating, and there is no need for any disciplinary action to take place as of right now. But it will be very interesting to see how the situation plays out as the start of the regular season inches closer and closer.

Viktor Stalberg ready for challenges and opportunities in New York

Photo courtesy of the Nashville Predators.

New GM Jeff Gorton did a lot of tinkering during this offseason, staying away from a big name, marquee signing or trade and instead focusing on retaining free agents and adding to the bottom sixth depth. One of those players that he added to the mix was Viktor Stalberg, recently bought out of the remainder of his contract with the Nashville Predators.

Stalberg is a 29 year old veteran with big game experience and a Stanley Cup Championship with the Blackhawks under his belt. His size, strength and surprising speed are all elements that benefit the Rangers depth, and make them a better team, no matter where he plays.

“I’m looking forward to hopefully find a role here and play that (role) so that I feel like I am contributing every night on a good team,” Stalberg told Jim Cerny of Blueshirts United. “For me this is a really good fit, and that’s what I was looking for. I wanted to find a team where I could have a good role and play that role well every night, where I’d be contributing. The last two years I’ve been bouncing around the lineup and there just hasn’t been any continuity in what I’ve been doing. In Chicago I had more of a set role on the third line and found more confidence in knowing what was expected of me every night.”

Personally, I have Stalberg penciled into the lineup already. He’s a better player than both Tanner Glass and Jarret Stoll, and I think his skillset can really be utilized in Alain Vigneault’s system. A line of Stalberg, Dominic Moore and Jesper Fast would be a tremendous, shutdown defensive line with speed on the wings to threaten opposing teams on the counter attack.

But no matter how things shake up, Stalberg is ready to take care of business in training camp and battle for a roster spot.

“I think I’ve been a part of this long enough to know it sorts itself out,” said Stalberg. “There’s obviously tough competition for spots and playing time – it’s a good group of guys here – so we’ll see what happens here. You have to make sure to take care of your own business and everything else usually finds a way to fall into place.” 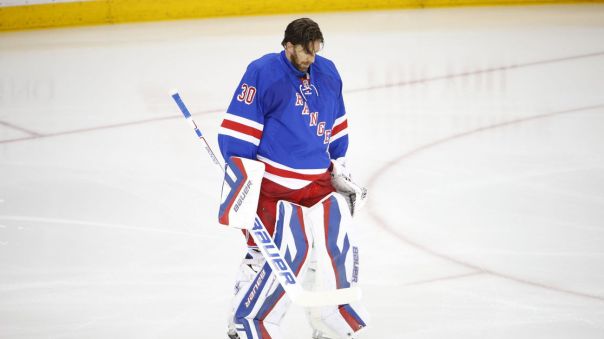 The Rangers have been one of the more competitive teams in the NHL over the past four seasons. They’ve come extremely close to winning it all, but have been unable to take that final step and recapture that illustrious Stanley Cup.

Despite all of that, Henrik Lundqvist remains positive about the team, about the core they have developed, and the team heading into this season.

“I like where we are,” Lundqvist said in an interview with ESPN. “The last few years we’ve been close. We’re doing a lot of good things. We just need to take that final step. The management has done a great job signing up a lot of guys from the core group of our team for the next few years, so I feel really good about where we are and I think we all feel like we have the team to do it. We just need to continue to build here and try to get a good start to the season and focus on that.”

There’s reason for optimism in New York, as Jeff Gorton has truly assembled a deeper, potentially more talented team than the one that took the ice at Madison Square Garden last year.

On defense, Alain Vigneault will get to use Keith Yandle for an entire season, something that should really bolster the power play, puck movement, puck possession, and scoring from the blue line. Kevin Hayes could have a more prominent role in the offense this year. Viktor Stalberg and Jarret Stoll are solid depth pieces on the bottom two lines. And if young players like Emerson Etem, JT Miller and Jesper Fast take a step up, we could be seeing a very dangerous Rangers offense.

← Rangers back on the ice at informal skate; Zuccarello “As good as new”
The Ranger Zone is looking for writers →