← Keith Yandle trade rumor update and how Vigneault is wasting his talent
Rangers suffer late collapse in defeat to Islanders, slip to third in the Metropolitan →

Rangers look for consecutive wins when they take on the Islanders; Girardi a game time decision 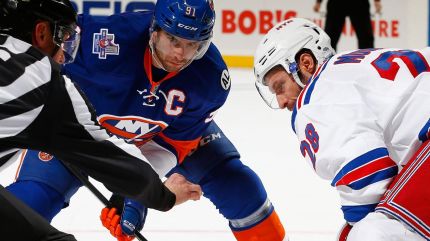 The last time the Rangers (23-14-5) won two games in a row, the Rangers had won their 16th game of the season in just 21 games, sitting atop the Metropolitan Division and amongst the league leaders in points.

Flash forward almost two months, and the story is completely different. While they have been playing better lately, with a 4-2-1 record in the last seven games against some tough competition, they’re just 7-11-3 in the last 21 games.

So tonight’s matchup against the Islanders (23-15-5) presents an opportunity to not only gain ground in the division, since both teams are tied with 51 points, but also for the Rangers to get their first win streak going in over seven weeks.

This also kicks off a three game road trip, played in the next four days, with all of the games coming against division rivals. This is a huge trip for the Rangers since the division is very close, and every game matters at this point.

This is the second matchup between these longtime rivals, and the last meeting at the Barclays Center. The Islanders won the first game in the shootout, with Kyle Okposo scoring the lone shootout goal. John Tavares and Viktor Stalberg scored the only goals in regulation. Henrik Lundqvist made 36 saves but Jaroslav Halak turned aside 33 Rangers shot for the win. 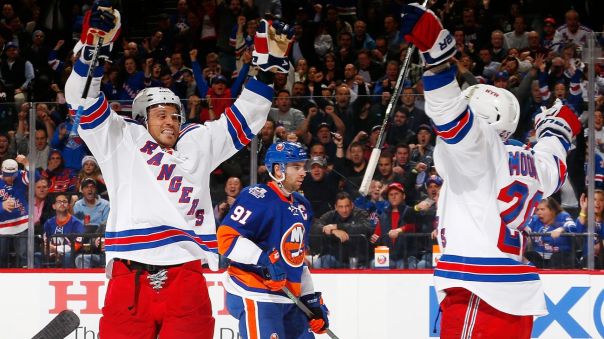 When looking at the Islanders offensive firepower, the first two players that come to mind are John Tavares and Kyle Okposo. Tavares is coming off of a 38 goal, 86 point season, but he’s fallen a bit short of expectations, totaling 15 goals and 30 points through 40 games. Okposo is the Islanders leading scorer with 31 points (10-21-31) on the top line.

Brock Nelson has become a jack-of-all-trades for Jack Capuano, shifting between all three forward positions, killing penalties and playing on the second power play unit. On Tuesday against the Blue Jackets, Nelson scored his first career hat trick and picking up an assist in the process. Those goals gave him 17 this season, the most on the team. He’ll be a player to look out for in this game.

Jaroslav Halak will start in net for the Islanders, and he’s had the Rangers’ number ever since joining their crosstown rivals. Halak has won four of the six games between these two teams since last year, and he is 4-0-0 when going up against Lundqvist. In four of the six games, he’s allowed two goals or less.

The Rangers are coming off of a huge comeback win against the Bruins, playing a pretty good game overall. The third period was one of their best in recent memory, controlling possession and scoring both of their goals to get the win.

In that game, Henrik Lundqvist was spectacular, making 32 saves and keeping the Rangers in the game throughout. This will be Lundqvist’s 10th consecutive start, and after Monday’s game, he owns a 2.49 GAA and a .920 save percentage. Despite his 36 save performance against the Isles, Lundqvist has lost his last four games against them. 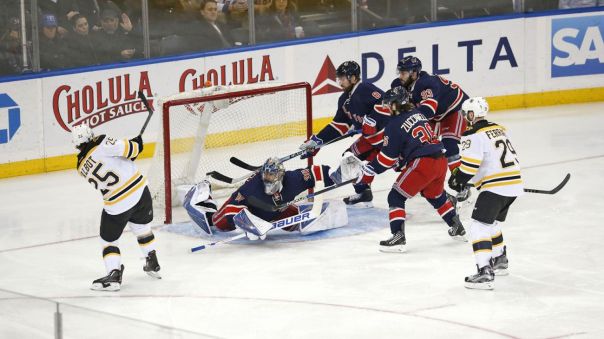 Derick Brassard scored the opening goal against the Bruins, giving him points in three consecutive games (2-1-3). Last year, he set a career high with 19 goals, but he already has 15 this year. His linemate Mats Zuccarello leads the team with 16 goals and 32 points this season, but he has just a goal and an assist in his last six games.

JT Miller has been fantastic lately, driving possession and scoring chances and creating offense on any line he’s on. He’s really become one of the best forwards on the team and he is my player to watch tonight.

As far as lineup changes, Brassard is expected to play after taking a maintenance day. Dan Girardi had a good practice yesterday, and the decision between him and Dylan McIlrath will come at game time. It would be great to see McIlrath play since it’s been 23 days since he last played.

And unfortunately, Oscar Lindberg is still in the press box while Jayson Megna is a top-six player for some reason. He had a good first game, and an average second and third game, so apparently it’s important for AV to give an AHL player more minutes over a budding young prospect who scored in his last game. But what do I know.

The Rangers and the Islanders will face off at the Barclays Center at 7 PM. The game will be broadcasted on MSG Network.

← Keith Yandle trade rumor update and how Vigneault is wasting his talent
Rangers suffer late collapse in defeat to Islanders, slip to third in the Metropolitan →