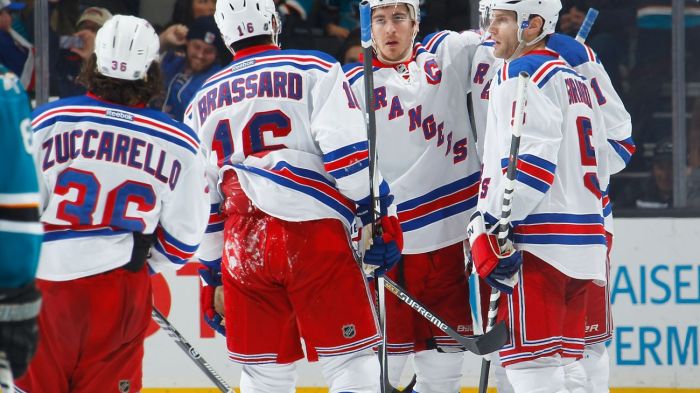 With the massive snowstorm falling in New York, The Rangers were able to move their practice on Monday, and travel to Long Island ahead of the storm before taking on the New York Islanders tomorrow night.

All of the players were present at Monday’s practice for the Rangers, which is a good thing. Rick Nash, who played in the All Star game in Columbus on Sunday, was also able to travel to Nassau ahead of the storm, and will be available for the game. He did not practice as part of a scheduled day off. Chris Kreider also did not practice due to an illness. His status is unknown.

However, Tuesday’s game between the Rangers an Islanders may have to be postponed for a day due to the weather. In areas of New York and New Jersey, there is an expected 16-24 additional inches of snowfall, which would make travel for fans, staff, and others extremely hazardous, and would obviously limit the amount of fans that could make it.

It is likely that the game will be delayed for 24 hours, giving both teams a back-to-back and three games in four nights. If there is a delay, the Rangers would play the Islanders on Wednesday, and head back to Madison Square Garden to face the Canadiens on Thursday and the Hurricanes on Friday.