It’s that time of year again. The records are wiped, every team is equal ground, and 16 teams begin their quest for the greatest trophy in professional sports.

And for the sixth consecutive season, the Rangers are a part of that quest, looking to capture their first championship since 1994. They’ve come close in recent years, reaching the Eastern Conference Championship in three of the last four seasons and reaching the Stanley Cup Final in 2014.

Despite playing 44 playoff games since 2014, the most in the entire league, Alain Vigneault and his team are ready to make another run at the title. The team is loaded with experience, all the way from their veterans down to their youth. Everyone has big game experience which prepares them well for the high pressure situations.

This may be one of the last chances the Rangers have to win a championship with this current core. This offseason could see major changes, cap clearing moves, and more of a youth movement as Jeff Gorton prepares for the next influx of Rangers players.

The playoffs begin on Wednesday night, as the Rangers will battle the Pittsburgh Penguins for the third consecutive season. The Penguins are much more organized and better than they were last season, so it will be a battle.

With that in mind, here’s what it will take for the Rangers to hoist to Cup in June.

It’s highly likely that the Rangers will be without Ryan McDonagh for at least the first few games of the first round, and maybe longer. We don’t really know since there has been no update given on his condition. But what we do know is that losing McDonagh is a massive, massive loss for the Rangers, and it puts a dent in their chances at winning. If they are without McDonagh until the Conference Finals, it’ll be extremely tough for them to win.

We also know that this puts a lot of pressure on the other left-side defenseman to step their game up and play at an elevated level against the Penguins. First and foremost is Keith Yandle. I’m not worried about him, because he has been the team’s most consistent defenseman throughout the season, and he previously played great when McDonagh was injured.

Marc Staal is the big question mark moving forward. While he hasn’t been great this season, he hasn’t been as drastically bad as people have claimed. But he’s making $5.7 million a year and is expected to play like a top pairing defenseman. There was a time before his injuries that Staal was actually a really damn good defenseman, something John Dundon wrote about in this article HERE. Staal will need to play like a shut-down defenseman and be able to matchup against Sidney Crosby, Phil Kessel and Carl Hagelin.

And on top of that, Brady Skjei will be thrown in the fire and will almost certainly play the first few games of the playoffs. Skjei has shown that he is very capable of playing at the NHL level in his six games this season, and he now gets a chance to prove it to the coaches at a time when they need him most. Skjei is an excellent skater, strong and physical against his matchups, and a good puck mover. Those skills and his defensive awareness need to translate into the playoffs.

This kind of goes without saying. Rick Nash is your $7.8 million man, and he is counted on to shoulder a lot of the offensive workload. Last season was much better for him, scoring 16 points in 19 playoff games. After some injuries and slumps, Nash finished the season with 15 goals and 21 assists for 36 points in 60 games. Despite playing in 19 games less than last year, that’s still a far cry from his potential production.

He showed flashes of himself when coming back from injury but struggled to consistently play his style of hockey and consistently contribute offensively. That’s not going to fly in the playoffs, and there are no excuses now as he prepares for his fourth big playoff run with the Rangers. He needs to be a goal scorer.

The same goes for Eric Staal. It was a very similar situation with the former Hurricanes captain, showing flashes of brilliance in New York but failing to consistently deliver what he’s capable of bringing. Staal had six points (3-3-6) in 20 games with the Rangers, which isn’t all that great. But like with Martin St. Louis when he came over, all is forgiven if he delivers in the playoffs. Luckily, Staal has a history of doing just that, scoring 43 points (18-25-43) in 43 career playoff games, which consisted of one Stanley Cup Championship and one run to the Eastern Conference Finals. It’s been seven years since he’s been in the playoffs, but the Rangers need him to get back into playoff form if they want a chance at winning the Cup.

Back to the defense. It’s been downright awful at times this season, with mistakes from everyone coming at some point this season. Dan Girardi has shown his age, Marc Staal has slowed down, Keith Yandle is prone to the occasional blunder, and even Ryan McDonagh has had his struggles. The defensive corps is nowhere near as solid and steady as they were in 2014, or maybe even last year. There will be no keeping the Capitals to 12 goals in 7 games (unless Hank) and there will be no keeping the Penguins to just one goal in 80% of their games (unless Hank). This defense just isn’t good enough to do that (but Lundqvist is).

The more concerning area this season was the goals in quick succession, the wide open forwards cashing in on rebounds and deflections, and getting beat around the outside. Part of this has to do with regression from some of the defenseman, and the other part is just lazy/bad play. All of these things have to be kept in check or the Rangers will be out in round one. Stop missing defensive assignments, stop allowing goals in rapid succession and choking late game, and stop playing lazy. It’s a lot to ask, but if they play like they did last year defensively, they just might have a chance.

4) Henrik has to be, well, Henrik Lundqvist 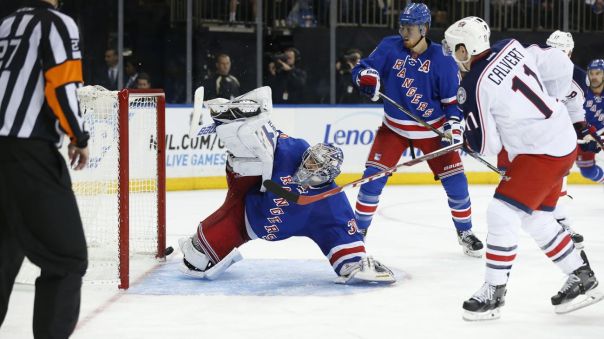 It really is unfair what the Rangers ask Lundqvist to do on any given night or during the playoffs. Year after year, Lundqvist is tasked with singlehandedly lifting the Rangers to victories in both the regular season and the postseason. Last year, the only reason why the Rangers beat the Capitals was because of Henrik. The offense was stagnant, the Caps were firing 30+ shots on goal a game, and Lundqvist shut them down, limiting them to two goals or less in six of the seven games.

With the defense in shambles at times this season, Hank helped keep the Rangers afloat in the early parts of the season, regularly making 30-40 saves in a game. It was pretty remarkable what he was doing. He wound up finishing the season with a .934 save percentage at even strength, which is also pretty remarkable.

Judging on how the regular season went, it’s safe to say that the Rangers will be leaning on Hank pretty heavily when the playoffs roll around. Lundqvist always elevates his game in the post season, and he’ll need to do just that again, maybe even more so, starting Wednesday.

5) That damn fourth line needs to be STELLAR, and use depth to your advantage

Part of the reason for the Rangers failure last season was the horrific fourth line and little depth, especially following the loss of Mats Zuccarello to injury. Jesper Fast was thrust into a top six or first line role, and the trio of Tanner Glass, Dominic Moore and James Sheppard did absolutely nothing for 19 games.

Vigneault insists on playing Tanner Glass and sitting Oscar Lindberg, so Glass and the fourth line with Moore and Viktor Stalberg better be damn good. There was a stretch of five games or so where they were actually the team’s best line (granted the rest of the team was playing like crap, but still). To close out the season, they were just okay.

They need to be better than okay. The forechecking needs to be relentless. They need to be physical in their matchups. They need to spend some time in the offensive zone and clogging up the neutral zone. And they need to score occasionally. It’s no secret that the fourth line in 2014 was a major reason to the team’s success and a big reason for their run to the finals. Dom Moore even scored the game winning goal in Game 6 against Montreal to send the Rangers to the final. But in the last two years, that line has not come marginally close to replicating the success they had in 2014, which is a big problem. The Rangers need Glass, Moore and Stalberg to really step their game up, especially against the Penguins and their strong bottom-six.

Also, this team has so much more depth than they did last season! JT Miller is a different and more complete player, and an offensive threat. Jesper Fast is an excellent third liner, always realiable defensively, always good on the forecheck and more than doubling his point total from last season. Eric Staal is on the team’s third line for crying out loud! Cycling four lines is absolutely crucial for a successful and long postseason run, and Vigneault needs to manage his guys well.

Buckle your seat belts and get ready for a wild ride. The Rangers playoff run begins Wednesday! 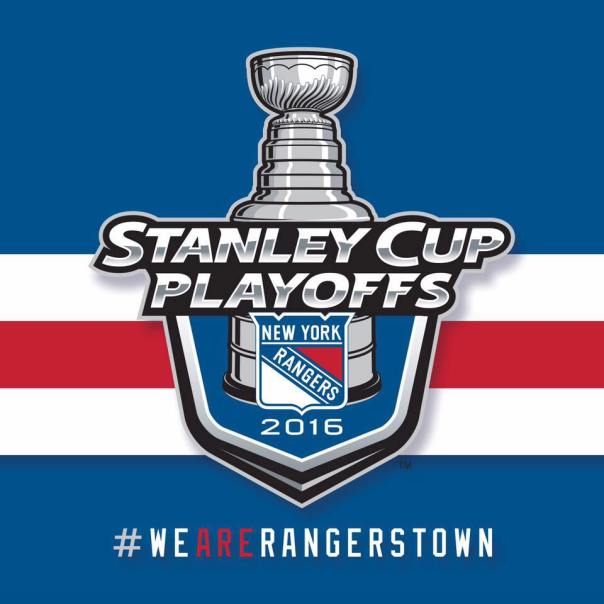