Are the Rangers hoping for an overhaul? 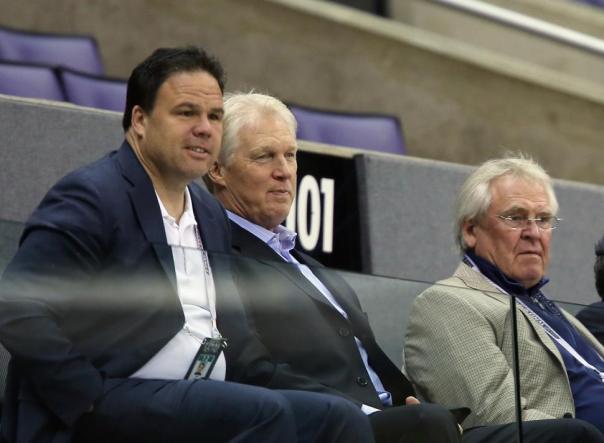 It’s been known for a little while that the Rangers are looking to move some players and get a fresh start next year. But the level of change that Jeff Gorton is hoping for is still unknown. It could be some minor moves, or just one big trade, or according to other opinions, the team may be looking to trade away many of their core players, or at least listen to deals with them.

According to Elliot Friedman, it looks more like the latter.

While on NHL Network, Friedman was asked about the Rangers and said that the team is asking other GMs around the league to come at them with their best offers. Just about everyone is available, with the only untouchables probably being Henrik Lundqvist, Brady Skjei and Pavel Buchnevich.

“I think it would be very unlikely for them to deal certain people, as opposed to other people, like, I would love to see what kind of offer it would take to get a Ryan McDonagh out of there,” said Friedman. “But the Rangers are letting everyone know that they are open to listen.” (SNY Rangers)

The Rangers have created one of the stronger groups of core players in the league, a core that has gone to three Eastern Conference Finals and one Stanley Cup Final over the past five year. But each of those five years have ended with the team falling short of their goals, a Stanley Cup Championship.

Because they haven’t been able to get over those final hurdles, new GM Jeff Gorton could be looking to inject some life into the roster, as well as create the team in his own image. Some people comment on articles saying that he is just Glen Sather’s puppet, but Gorton has a very different hockey mindset and has shown that with some of his signings and quotes this past year.

But does this signify a complete overhaul for the Blueshirts? Gorton is willing to listen to offers on just about every single player on the roster, so you can probably safely assume that we will see at least one big trade this offseason.

But this announcement doesn’t necessarily mean that Gorton wants to overhaul the team completely. I’m assuming that he just wants to hear all of the offers possible so he can compare them and get the best deal, and also have a lot of different choices. Rather than limiting himself to a few trades, Gorton might now have a plethora of choices.

Also, some teams have the tendency to overpay for players or make bad trade decisions (*cough* Jim Benning *cough*). So by letting team come to him, Gorton may wind up getting more than he would have initially asked for.

If the Rangers wind up moving a lot of their players, it could help bring some new life into the roster and some players that could push the team over that final hump.

But Gorton should keep the Pittsburgh Penguins in mind. They’re just one win from the Stanley Cup after a smart re-tool of their roster at the trade deadline. Moving some core players and re-tooling the roster just enough could propel the Rangers to new heights.