McDonagh back as the Rangers take on Chicago; Boyle and Staal still questionable 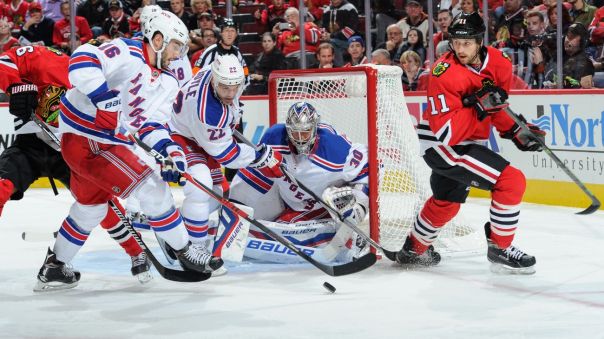 Following a physical and exciting game against the Flyers, the Rangers (32-18-6) will face a huge test tonight when they close out their three game homestand against the Chicago Blackhawks (37-18-5), one of the best teams in the NHL.

In the last game for the Rangers, the fists were flying early on as the Rangers looked to stand up for their downed captain. After that, Derick Brassard tied his career high of 19 goals, and Derek Stepan found the back of the net twice, including scoring his 100th career NHL goal. Henrik Lundqvist was superb when he had to be, and came within 10 seconds of a shutout.

The Rangers have played some pretty good teams in the past few weeks, but this is the first time they’ll be going up against one of the league’s elite teams since they played the Capitals on January 17th. After a slow start, Chicago has surged into second place in the Central Division, and third in the NHL with 79 points. END_OF_DOCUMENT_TOKEN_TO_BE_REPLACED 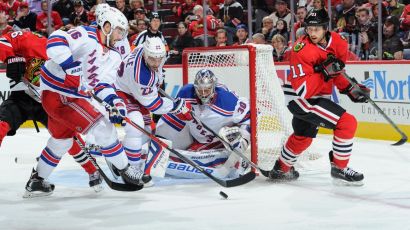 After what seemed like a never ending banner ceremony, celebrating what the Rangers fell short of achieving last season, Vigneault and his squad spoiled the party.

The Rangers came out guns blazing, quickly jumping out to a lead and never looking back, ultimately topping the defending Stanley Cup Champion Chicago Blackhawks by a final score of 3-2.

For the most part, this was a very encouraging performance from the new-look Blueshirts, especially from the back end of the lineup. Henrik Lundqvist was excellent between the pipes, the third line was electric throughout the night, and Kevin Hayes fit right in with Stepan and Kreider.

New York have been good during the first game of the year, posting a 7-3-1 record in their last 11 season openers dating back to the 2005-06 season. They’ve also won back-to-back road season openers for the first time since 1955-58, when they won three straight. END_OF_DOCUMENT_TOKEN_TO_BE_REPLACED

Rangers aim to start season strong on the road in Chicago 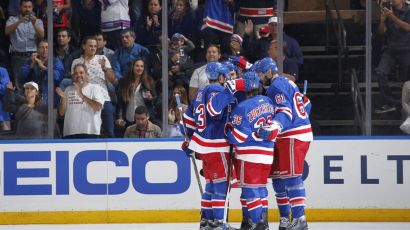 The Rangers are back! Photo courtesy of MSG Photos.

The long wait is finally over, and New York Rangers hockey is back!

The New York Rangers will begin their 89th season in the NHL on the road against the defending Stanley Cup Champions, fellow Original Six franchise, the Chicago Blackhawks. This is now the eighth straight season that the Rangers begin the season away from Madison Square Garden.

The Rangers will have to watch as they raise yet another Championship banner into the rafters at the United Center, a reminder of what has eluded them over the past few seasons. Perhaps the Rangers could use this as a source of motivation and work towards having this ceremony at MSG next season.

Tonight’s matchup is a game between two of the elite teams from last season. The Rangers won the Presidents’ Trophy last season with a franchise record 113 points, while the Blackhawks won their third Stanley Cup since 2010. END_OF_DOCUMENT_TOKEN_TO_BE_REPLACED 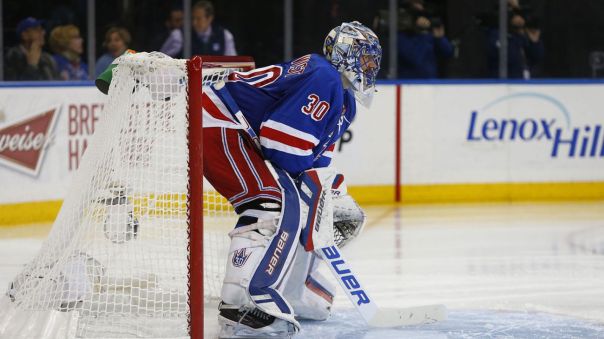 Who will backup Henrik Lundqvist for the 2015-16 season? Photo courtesy of MSG Photos.

Shortly after the NHL draft, the Rangers acquired Finnish netminder Antti Raanta from the Chicago Blackhawks for prospect Ryan Haggerty, a relatively low price to pay for a backup. It seemed as if that role would be his by default, but Gorton traded for another goalie just a few days later.

Jeff Gorton made a great depth trade, snagging 24 year old goalie prospect Magnus Hellberg from the Predators for just a sixth round pick, and signing him to a two year deal shortly after. Nashville had a log jam of goalies in their system and needed to clean house, which the Rangers took advantage of.

So the question that remains is who should backup Henrik Lundqvist when they open the season on October 7th? END_OF_DOCUMENT_TOKEN_TO_BE_REPLACED

Quick hits is back! There still isn’t really anything new happening in the hockey world, especially surrounding the Rangers, at least not until the Traverse City Tournament starts up. So here’s somethings going on in the hockey world.

Henrik Lundqvist ready to take next step with New York 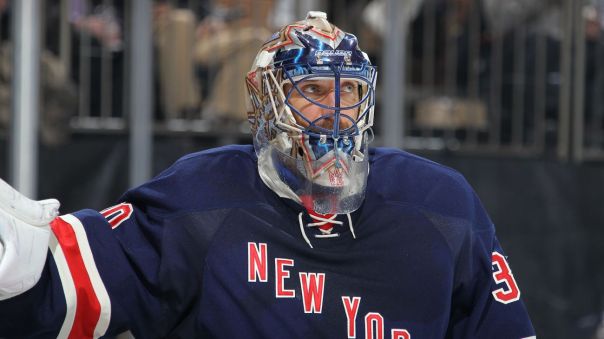 Everybody knows that Henrik Lundqvist is the most determined, passionate, and hard-working players on the Rangers, and maybe even in the NHL. His work ethic is unquestionable, he wears his heart on his sleeve, and it’s his effort and his success that has carried the Rangers since he made his debut in 2005.

Unfortunately, he has never been able to hoist that elusive Stanley Cup trophy, a prize that has eluded the Broadway Blueshirts for the last 21 years. Despite numerous close calls over the past four years, Lundqvist remains without a championship to his name. END_OF_DOCUMENT_TOKEN_TO_BE_REPLACED