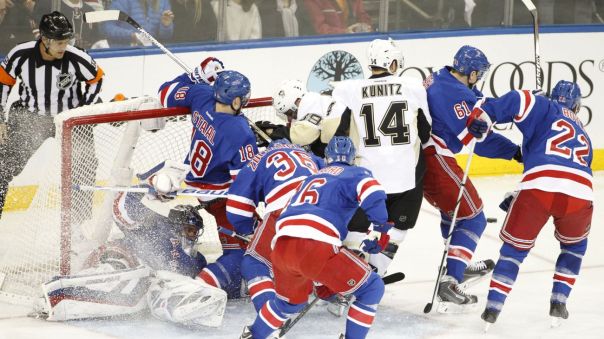 After a fantastic February where the Rangers (37-20-6) posted a 10-3-1 record and tied the franchise record for wins in February, they begin the month of March with a grueling three game stretch against Division Rivals, starting with the Pittsburgh Penguins (32-22-8) at the CONSOL Energy Center.

This three game stretch starts out against the Penguins, immediately followed by a road game against the Capitals on Friday night. The Blueshirts will get a day off before they take on the Islanders at MSG. Considering all three teams are in the playoffs, and the Penguins and Islanders are not that far behind in the standings, it’s a very important stretch for the Rangers.

The Rangers come into this game playing very well, winning three in a row, five of the last six, and 10 of the last 13 games. On top of that, they added Eric Staal to their forward group without giving up any roster players, making them an even more versatile and dangerous team. This will be Staal’s first taste of the Ranger rivalry games, and he’ll be leaned on heavily. END_OF_DOCUMENT_TOKEN_TO_BE_REPLACED 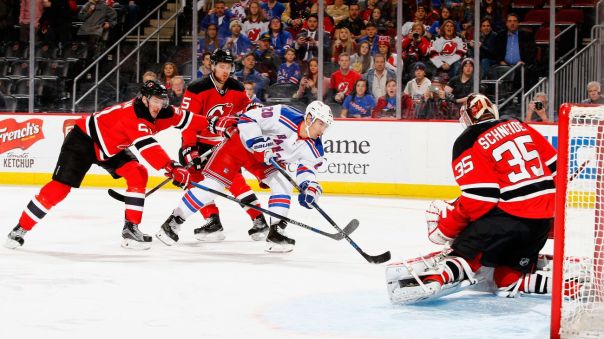 Following a tense overtime victory over the Red Wings, the Rangers (34-19-6) kick off a three game road trip tonight as they head to Newark to take on the rival New Jersey Devils (29-24-7) for the third time in the past three weeks.

Kevin Klein scored the overtime winner on Sunday off of an excellent feed from Kevin Hayes, who probably should have had a goal of his own earlier in the game. Henrik Lundqvist stopped all 22 shots to pick up the win, which put the Rangers at 7-1-1 in their last nine games, as well as two in a row. Their lead over the Islanders is not up to five points, and they’re holding off some of the surging division foes.

The Devils looked like they’d be a playoff team early on, but their starting to slow down a bit, losing to the Capitals on Saturday for their third straight defeat. They sit three points behind the Penguins for the last Wild Card spot despite playing two more games than them. The Devils are also just 8-11-2 against the Metropolitan Division, with two of them coming against the Rangers. END_OF_DOCUMENT_TOKEN_TO_BE_REPLACED 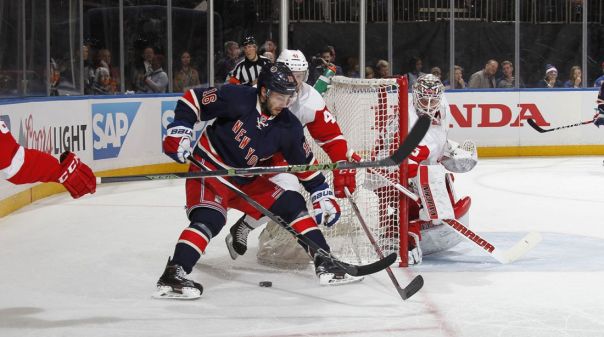 Jimmy Howard did all he could, but the Rangers (34-19-6) wound up coming away with the overtime win on home ice against the Detroit Red Wings (29-20-11), with Henrik Lundqvist making 22 saves and picking up his 29th save and fourth shutout of the season.

This game was very much a goalie duel, with each team’s netminder making some stellar saves and playing very well in order to get the game into overtime. Hat’s off to Jimmy Howard, who made 29 saves and kept the Red Wings in the game, but is still searching for his first win since December 3rd.

The Rangers have earned a point in 10 of their last 11 games at MSG, and continue to dominate on home ice, now moving into a tie with the Blackhawks for most home wins in the league (22). END_OF_DOCUMENT_TOKEN_TO_BE_REPLACED

Tonight, the New York Rangers (31-18-5) defeated the Pittsburgh Penguins (27-19-7) by a score of 3-0. Let’s start off with the positives: The Rangers have now won four in a row and are 4-1 since the All-Star break and 7-3 in their last 10 games. Many people noted that tonight’s game was going to be a litmus test for the Rangers, going up against a Penguins team that has been clicking on all cylinders lately. It was also the Rangers first game against a team in playoff position since their tilt on January 17 at Washington. Although the Rangers went into Pittsburgh and shut out Crosby and Co. we can’t categorize tonight’s game as “signature win.” With that being said, there is still plenty of merit in winning a road game without Ryan McDonagh and Rick Nash. It should also be noted that the Penguins played tonight’s game without All-Star forward Evgeni Malkin. END_OF_DOCUMENT_TOKEN_TO_BE_REPLACED

Rangers take on Flyers at the Garden; Stempniak out of the lineup 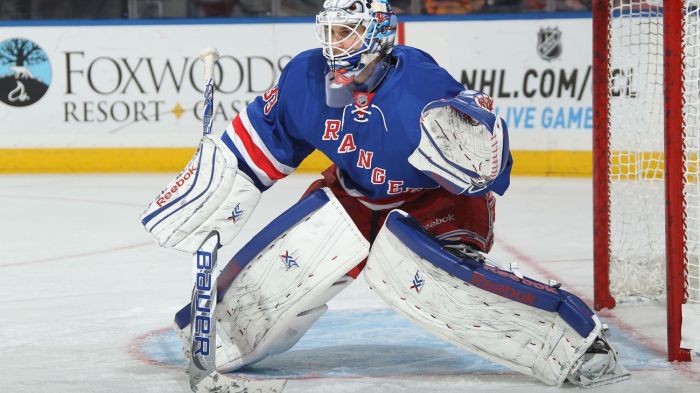 Cam Talbot will be in net tonight against the Flyers, and is looking for his first win this season. Talbot has struggled so far in his starts, and has a tough task ahead of him against a talented Philadelphia team.

In an important matchup for both the Rangers (7-7-4) and the Flyers (7-7-2), the bitter rivalry between the two teams continues at 8 PM at Madison Square Garden.

The Rangers have made two lineup changes following the loss to the Lightning on Monday. Cam Talbot will start in net, and will be searching for his first win of the season. He has struggled his starts this season, and has a 3.48 GAA and an .880 save percentage in four appearances. END_OF_DOCUMENT_TOKEN_TO_BE_REPLACED