Addressing the state of the Rangers defense and new trade rumors 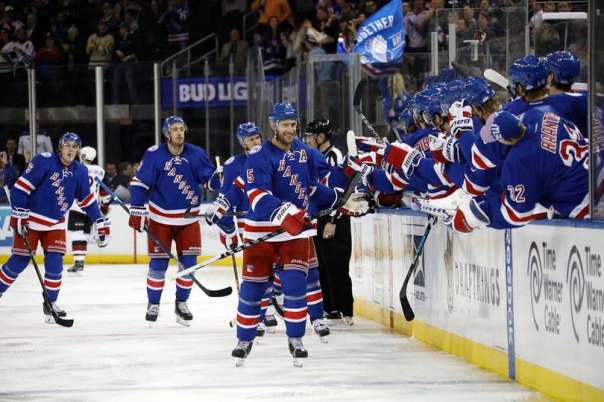 The topic of discussion for the Rangers seems to consistently be about the defense and how the current group of guys is seemingly not enough to win the Stanley Cup. Aging veterans and a lack of a true puck-moving defenseman have made things hard on the Rangers.

On Sunday, Dan Girardi made his return to the lineup against the Coyotes and wound up scoring the game winner on a bullet of a shot from the point. As a result on him returning, Adam Clendening was scratched. There’s been a lot of bad blood on Twitter between bloggers and fans about criticizing Girardi, so I’d like to clarify my stance.

I don’t think Girardi is awful and I don’t think he’s worthy of a healthy scratch. But I do think that he has to stay on the third pairing with sheltered minutes. He’s certainly capable in that role, but simply cannot fulfill the duties of a top pairing defensemen getting big minutes anymore. It comes with age and that’s expected. Also, nobody that criticizes wants him to do bad or is happy to see him struggle. It’s just more frustrating to see him struggle in a role that he shouldn’t be placed in, which isn’t his fault. END_OF_DOCUMENT_TOKEN_TO_BE_REPLACED

Is a big trade brewing between the Rangers and the Ducks? 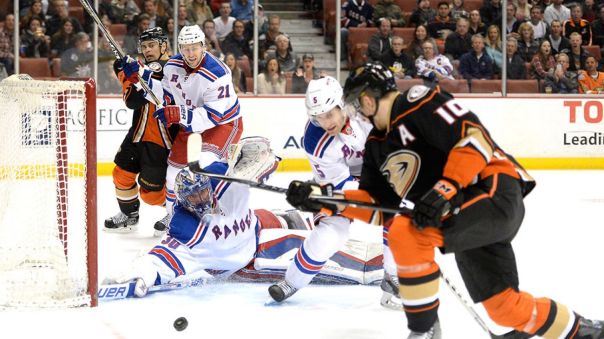 Over the last three days, there’s been a lot of speculation and events that point to the Rangers and the Ducks potentially having something big in the works. Anaheim had scouts at the Rangers game against the Sharks, and the Rangers sent scouts to the last two Ducks’ games, including four at Tuesday’s game in New Jersey.

These weren’t just any scouts either. Gordie Clark (Director of Player Personnel) and Chris Drury (Assistant GM) were at both of the Ducks’ last games, and they rarely scout games. Tonight they were joined by Kevin Maxwell (Director of Professional Scouting). When they keep showing up for Ducks games, it means that there is something going on.

While it’s only three games into the season, it’s well known that the Rangers have been looking to improve their defense since the summer. There were no big trades, just minor acquisitions in Nick Holden and Adam Clendening, and the defensive group remained largely the same. END_OF_DOCUMENT_TOKEN_TO_BE_REPLACED 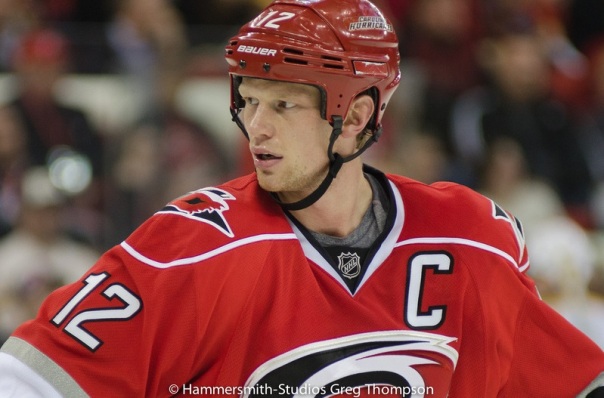 Welp, the Rangers have done it again.

For the third straight year, the Rangers have made a splash at the trade deadline, acquiring Eric Staal, the face of the franchise and captain of the Carolina Hurricanes. But with Jeff Gorton in charge and not Glen Sather, things were handled a bit differently.

In exchange for Staal, the Rangers sent two second round draft picks and Finnish prospect Aleksi Saarela, a 2015 third round draft pick. On top of that, the Hurricanes agreed to retain 50% of Eric Staal’s salary, giving him a cap hit of just $4,125,000, which they can afford without placing Rick Nash on LTIR. END_OF_DOCUMENT_TOKEN_TO_BE_REPLACED 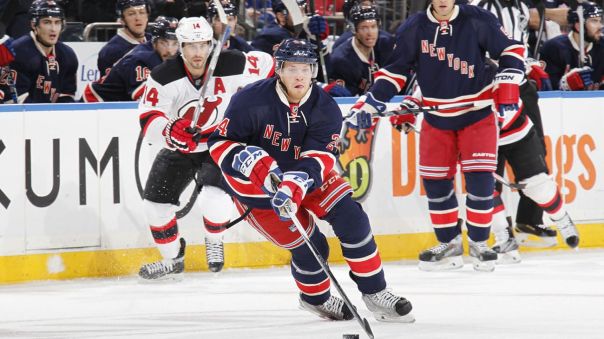 Oscar Lindberg could be a trade chip at the deadline. Photo courtesy of MSG Photos.

It’s no secret that the Rangers are preparing to add a player or two before Monday’s deadline approaches. Unlike the last few seasons, it’s unclear whether or not they’ll make another big splash (unlikely) or instead try and add a depth player or two to improve the bottom six.

Players like Eric Staal, Andrew Ladd, Radim Vrbata and Kris Versteeg have been thrown around. The latter two are the more likely for the Rangers to add because of their smaller cap hits and the lower price. With this year’s draft pick almost certainly going to the Coyotes, the Rangers can’t afford to keep on sending first rounders to other teams. So here’s what they can do with what they already have.

Chris Kreider – Now lots of people, including myself, have talked about the possibility of trading Chris Kreider by this season’s deadline. A supposed swap of Kreider and Loui Eriksson from Boston has been thrown out as a rumor. The thought process is that the Rangers won’t be able to afford to keep JT Miller, Kevin Hayes and Kreider, and that Miller and Hayes are both better, further developed players. END_OF_DOCUMENT_TOKEN_TO_BE_REPLACED

BREAKING: Etem traded to Vancouver Canucks for draft pick and a prospect 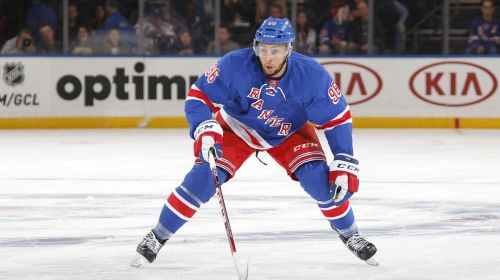 TSN’s Bob McKenzie tweeted out that a deal between the Rangers and the Vancouver Canucks is getting done. The Canucks will get Etem and the Rangers will get a draft pick as well as winger Nicklas Jensen. The draft pick is a 2016 6th round pick.

Etem to VAN is being done. Nick Jensen and late pick going the other way.

Etem, 23, has played in 19 games with the Rangers, recording three assists, a minus four rating and 23 shots on goal. He’s played on all four lines, but has not gained traction in Alain Vigneault’s system. He hasn’t had the offensive impact that many had expected, and other players have won roster spots over him. END_OF_DOCUMENT_TOKEN_TO_BE_REPLACED